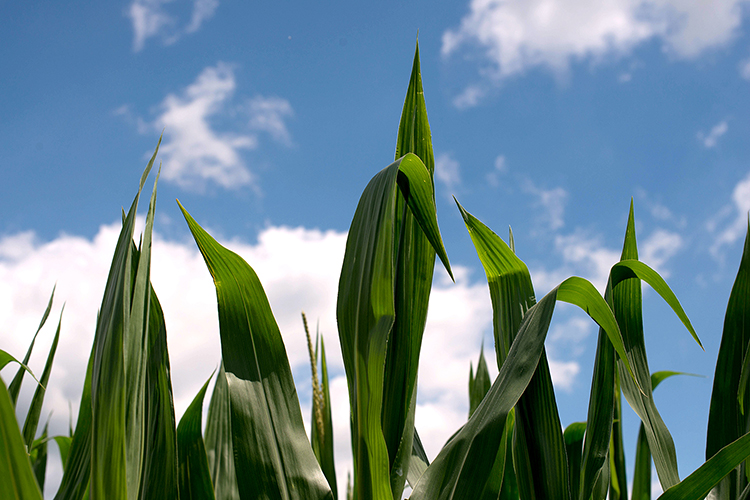 A lot has changed since the 1970s: tractors drive themselves, farmers scout crops from the air, and robots milk our cows. But one agricultural value has remained unchanged by the technological revolution of the last four decades – persistence.

No research station better exemplifies the power of persistence than the Orr Agricultural Research and Development Center in western Illinois. Since 1979, residents of Adams, Brown, Calhoun, Cass, Greene, Jersey, Macoupin, Morgan, Pike, Schuyler, and Scott counties have leaned on the Orr Center’s research to inform their farming decisions.

A partnership between the University of Illinois and John Wood Community College (JWCC), the Orr Center’s research has largely influenced the way western Illinois farmers operate.

“The collaboration is what makes this place work,” says Larry Fischer, chair of the board of trustees at JWCC.

Fischer, who served as the director of the agriculture program at JWCC for 26 years, describes the work achieved at the Orr Center as a “beautiful thing” both for the agricultural economy of western Illinois and for the community’s agricultural students. Fischer estimates more than 1,600 JWCC students have benefited from opportunities at the Orr Center, including internships and volunteer experiences.

Clayton Thompson, student trustee at JWCC, says that by working with JWCC students, the center’s impact extends to the future of agriculture. “The hands-on experience and knowledge students can earn by working with the researchers at the Orr Center is a huge value, especially because our community is so ag-focused,” he says.

Fischer attributes the success of the Orr Center to the ongoing investment from its community. “This center has seen massive support,” he says. “We all recognize the value in cooperating together in a research center like this, and we have used it to create a new way of generating applicable research.”

Early Orr Center stakeholders first identified the need for locally relevant agricultural research in western Illinois in 1972. With the help of Senator Vince Demuzio, the center’s co-founders pushed for a bill to fund 75 percent of the center, with the other 25 percent of the funds locally raised. In 1977, Governor Jim Thompson signed the bill, and seven years after the plans began, the Orr Center opened for its first field day in 1979. In 1990, the center’s beef research farm opened.

Today, the center’s research covers a wide variety of crops and beef research, including beef cattle nutrition and management and soil fertility and tillage systems.

Matt Bradshaw, chairman of the Orr Corporation, grew up watching his father, Fred, lay the foundation for the Orr Center’s research. He says the achievements of the center stem from a focus on building an impactful legacy.

“My parents raised us with an appreciation of unbiased research,” he says. That appreciation is what guides the Orr Center’s mission to improve the agricultural livelihoods of western Illinois producers.

Kim Kidwell, dean of the U of I College of Agricultural, Consumer and Environmental Sciences, calls that mission “impact.”

“In agriculture, we do something very special,” Kidwell says. “We impact people.”

By providing invaluable research and recommendations, in addition to opportunities for hands-on learning, the Orr Center’s impact on western Illinois over the past 40 years is immeasurable.

At the Orr Center’s 40th anniversary celebration, Kidwell, along with Robert Easter, U of I president emeritus and former dean of the College of ACES, thanked the community for its support and dedication to the research station.

“The investment of personal capital in this place reflects your investment in the value of this work,” Easter says. “I am convinced that the model that has been created here of cooperative partnership has a tremendous amount of value and will be with us for a long time.”

Kidwell and Easter both view the Orr Center as a success story in collaboration. “To see a situation like this where people lean in together to create something that has this kind of impact, you know it’s working,” Kidwell says. “Persistence pays off.”