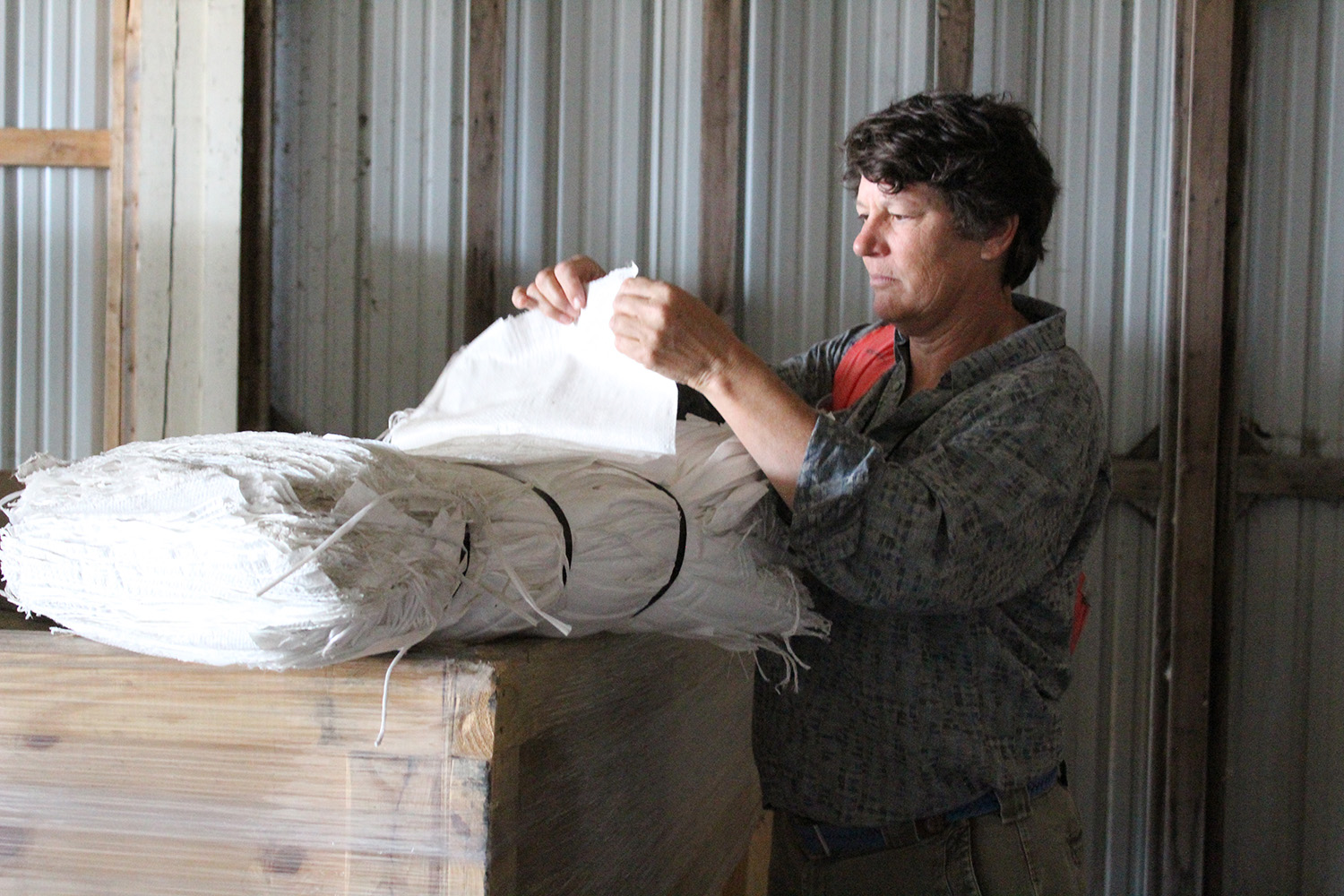 MOLINE, Ill. – Many areas throughout the country at some point will experience a disaster—manmade, natural or both. Once the news crews and emergency responders move on to the next crisis, communities often face the prospect of long-term recovery with few remaining resources.

Just such a catastrophe occurred in 1993 when Mississippi and Missouri were ravaged by brutal flooding resulting in at least 32 deaths and billions of dollars of damage. The land-grant universities that responded to the disaster took stock of the experience and realized the important role Extension had—and will continue to have—in national and local disaster preparedness and recovery. By 1998, the Extension Disaster Education Network (EDEN) was formed.

The organization partners with local, state and national agencies and by 2005, the entire nation, including three territories, had an EDEN member. University of Illinois Extension, a founding member of EDEN, currently has nine delegates across the state that participate in EDEN.

In September, the University of Illinois Extension hosted the annual EDEN meeting in Moline, Illinois. Seventy-six delegates from land-grant universities the all across the United States, including six 1890 Institutions, attended this year’s conference. George Czpar, director of University of Illinois Extension, kicked off the event by welcoming everyone on behalf of the university.

Carrie McKillip, University of Illinois Extension community and economic development educator, explained why EDEN has been essential in Illinois.

“Extension is one of the few organizations that still has local offices throughout the state, even in the most rural areas.  Our ability to deliver disaster preparedness, mitigation, and recovery education is crucial to community resiliency,” McKillip said.

“Participation of field staff in professional development activities and networks such as EDEN not only enhances our programming, but directly contributes to our ability to serve communities in disaster situations.” 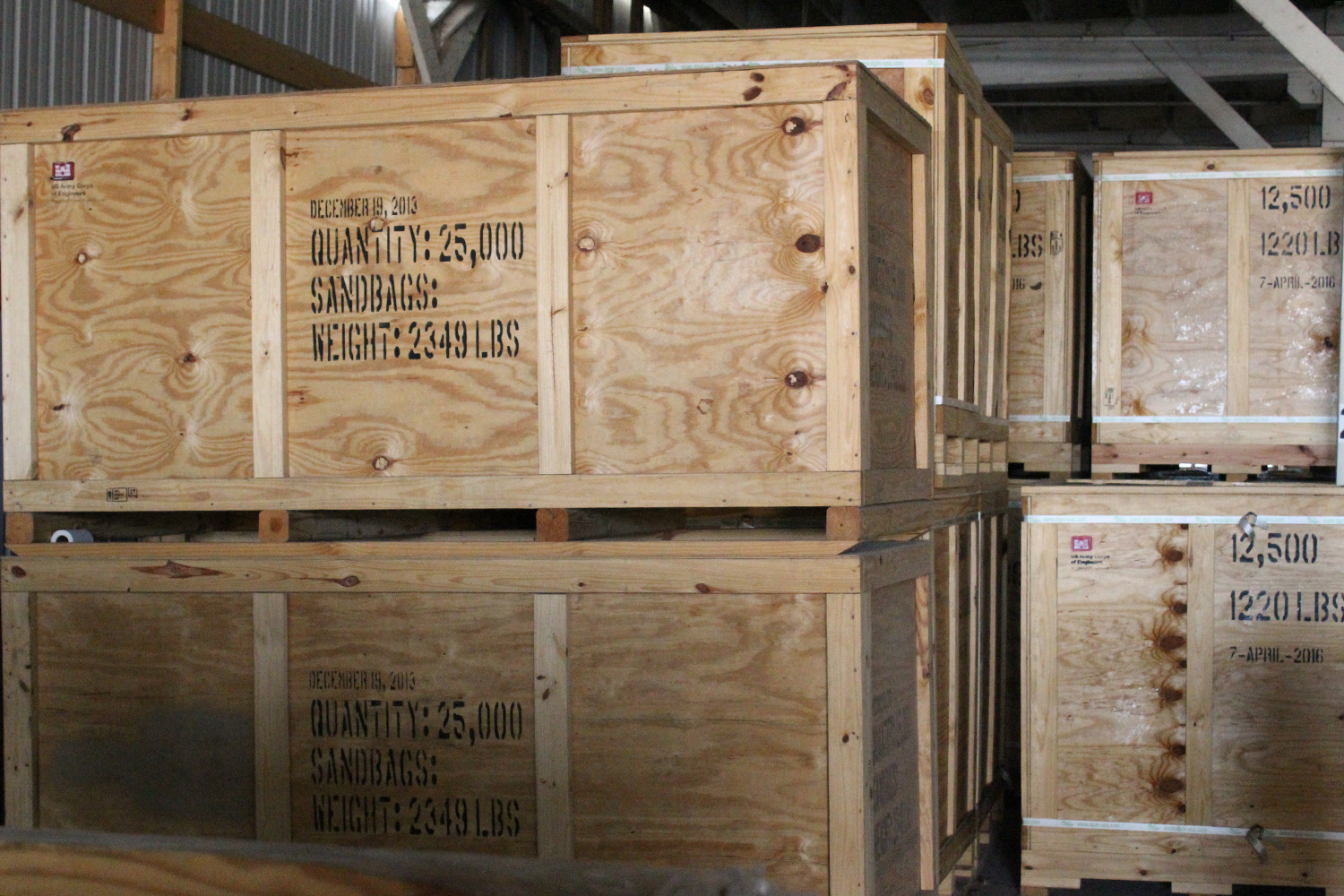 Crates of sandbags are stored at the Core of Engineers National Flood Fight Material Center warehouse.

EDEN has been involved after national disasters throughout the country for almost 25 years. Its first high-profile involvement after its formation was after the terrorist attacks on September 11, 2001.

It provided tools and strategies for teachers to be able to talk to students and parents about the attacks.  It also created web pages to inform Americans about terrorism.

In 2003, EDEN sprang into action after a cow in Washington tested positive for bovine spongiform encephalopathy or mad cow disease. The organization provided research-based information to various audiences about mad cow disease.

After Hurricane Katrina in 2005, EDEN supported relief agencies by networking them to local organizations.  They also provided information on safety and survival to the local residents.  These natural and manmade disasters allowed delegates to put plans into action and follow them through to recovery of the communities.

This year’s annual meeting brought together delegates from all over the country to discuss disasters that have happened in each of their states throughout the year as well as preparation efforts.

As part of the conference, delegates were able to spend a day touring areas of the Quad Cities to see the region’s ability to mitigate, prepare for, prevent, respond to and recover from flooding along the Mississippi River.

“Extension organizations in the states bordering the Upper Mississippi River realized there had to be a more efficient way to gather information and get it into the hands of those who needed it in a timely fashion."

“Today, when an area is flooded, as in Texas as a result of Hurricane Harvey, Extension resources and personnel are ready to assist in recovery from the earliest moments. There’s been a remarkable transformation in the way Extension can help our communities mitigate, plan, respond and recover.”

Robert Olshansky, University of Illinois professor and head of the Department of Urban and Regional Planning was the keynote speaker at the conference. 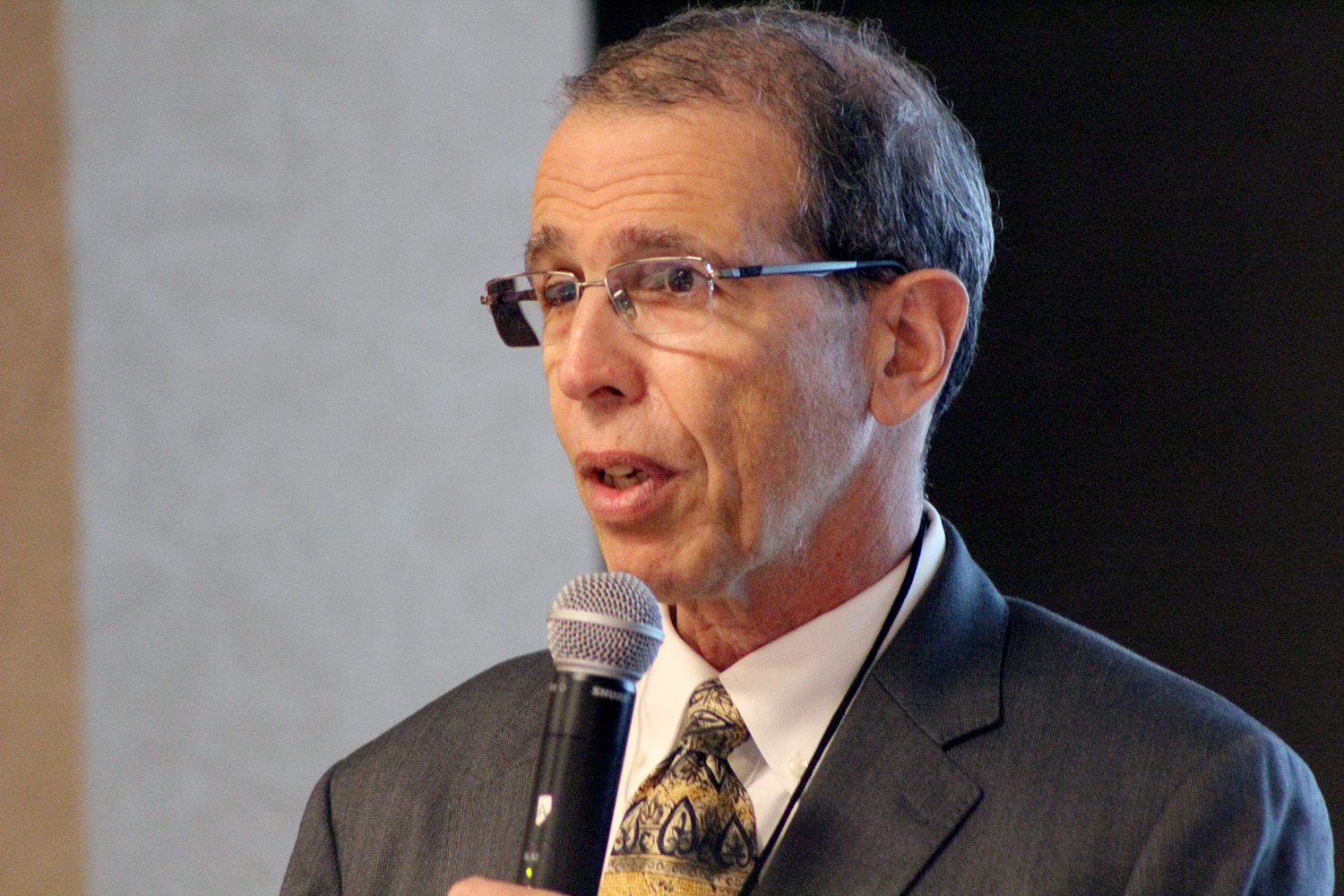 Robert Olshansky gives the keynote speech at this year's conference.

“Recovery after a disaster is a process not an outcome,” said Olshansky, “it requires the ability to adapt to changing circumstances.”

Olshanksy highlighted the opportunity to create a better, more resilient community after a major disaster, assuming a well thought-out plan is in place.

Nancy Beers, director of Midwest Early Recovery Fund, Center for Disaster Philanthropy, was the capstone speaker for EDEN and she aimed her presentation at how humans are impacted by a disaster.

She highlighted ways Extension and funders could work together to make a real difference in low-attention disasters and closed with five recommendations to help communities recover.

Photo at the top: Madeleine Russell, of University of Georgia, checks out out the sandbag material.
All photos are courtesy of Abby Hostetler, National EDEN communications coordinator and Purdue Extension disaster specialist.