Tracking down invasive species with drones 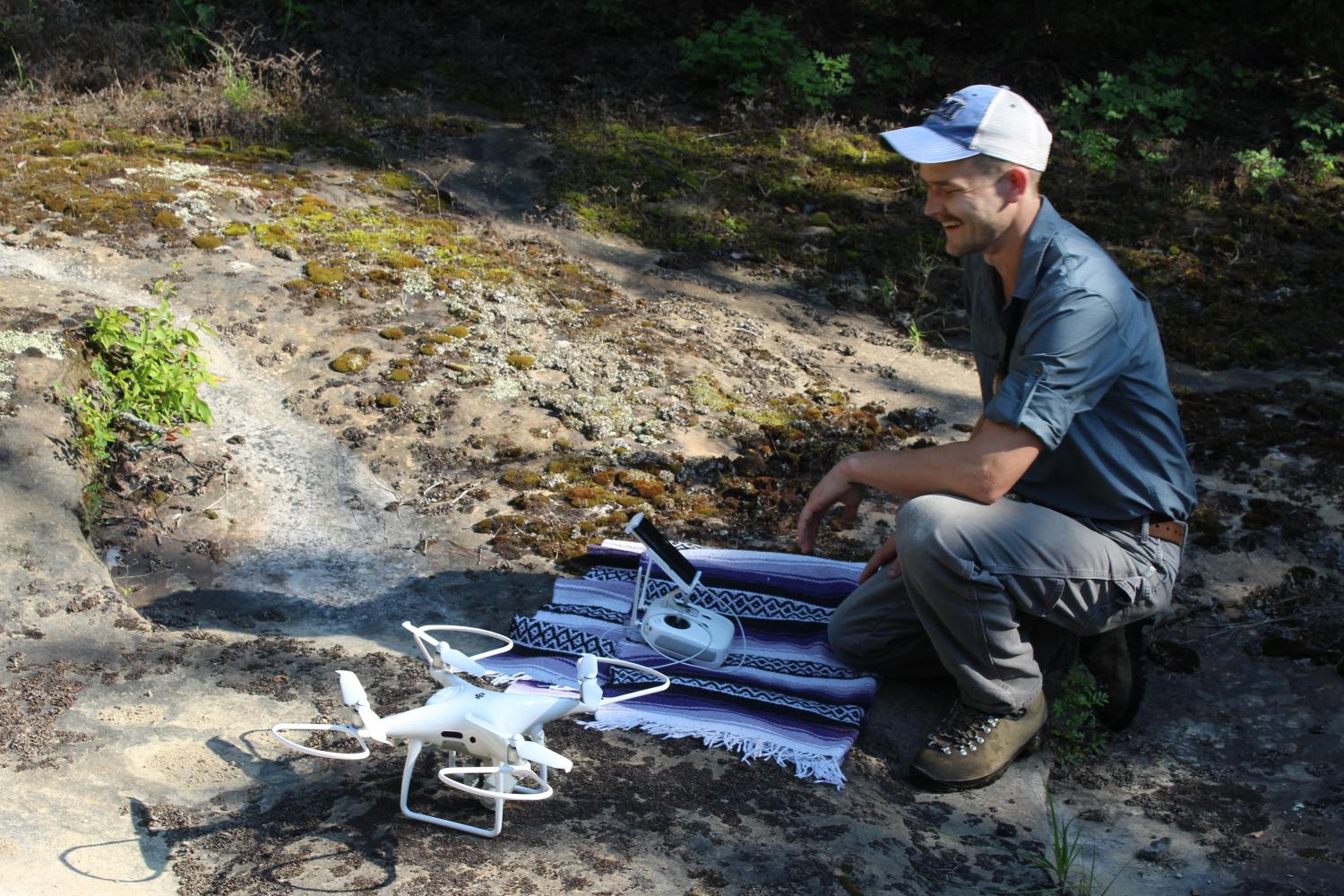 The forests of Southern Illinois have a new friend in the fight against invasive species.

The University of Illinois Extension Forestry program has taken to the skies to see if drones can be used to survey evidence of the invasive shrub amur bush honeysuckle.

“This is an exciting time for technological advances in natural resource conservation,” says Kevin Rohling, Illinois Extension forestry research technician. “Drone technology is a game changer. It has the potential to drastically increase our ability to quickly detect and assess issues in Illinois forests without allocating a lot of resources.”

Invasive insect, animal, plant and aquatic species threaten native populations, disrupt ecosystems, and cost the U.S. billions of dollars to manage. The most effective way to control invasive species is through a strategy of early detection and rapid response, says Nick Seaton who collaborated with the drone research in his role as project coordinator for the River to River Cooperative Weed Management Area. But manual surveys to find plants are time consuming and expensive, and invasives move fast.

The forestry team is determining if images captured by drones can quickly identify invasive infested areas. Extension foresters can then deliver advice and training to private landowners, managers, businesses, and non-profits on how to treat and efficiently control further spread.

The research project took place in Southern Illinois, a unique and biodiverse area. The region’s patchwork of protected state and federal natural areas is home to 107 state threatened and endangered species that are jeopardized by invasive species.

“Invasive plants do not recognize political boundaries,” Rohling says. “So private areas near the Shawnee National Forest managed with the aid of this technology will reduce seed sources that would otherwise contribute to the spread of bush honeysuckle.”

Starting in 2018, the team organized more than 40 flights during spring and fall when the forest canopy was clear of leaves, but when the greenery of bush honeysuckle was still visible in the understory.

The forestry team collaborated with the River to River Cooperative Weed Management Area on the research, and funding was provided by the USDA Forest Service Northeastern Area State and Private Forestry.

The forestry team identifies its target site and sets up automated flights to take high-resolution photos. The images are combined into a mosaic of the forest canopy that is loaded into the mapping program ESRI ArcGIS for analysis.

Early results show that the drone surveys provide access to remote areas while saving time and resources, but there are limitations. The foresters were able to identify mature plants, but small or fire-damaged plants escaped detection, Rohling says. Aerial surveys took less time than walking surveys, only two hours compared to more than 11;  however, there is a narrow window of time to get photos.

Early fall flights photographed canopies still full of leaves, but invasive species had browned out in later flights. In the spring, early buds and leaves blocked the understory. And, the drones can only fly when the weather cooperates.

Looking ahead, the team expects they can use drones to survey for other invasive plant species, but the potential for maintaining forest health doesn’t stop there. They plan to find blooming chestnut trees and propagate them in other areas for agroforestry purposes. A student is also using the aerial images to identify new habitats for rare plant species.

“We’re only now scratching the surface with drone technology,” Rohling says. “For example, future projects could include very targeted herbicide applications that would save money as well as reduce environmental impacts.”

Resources about invasive species in Illinois, including the guidebook Management of Invasive Plants and Pests of Illinois, information about Illinois' exotic weed act and species identification guides, are available on the Illinois Extension Forestry website at extension.illinois.edu/forestry/resources.