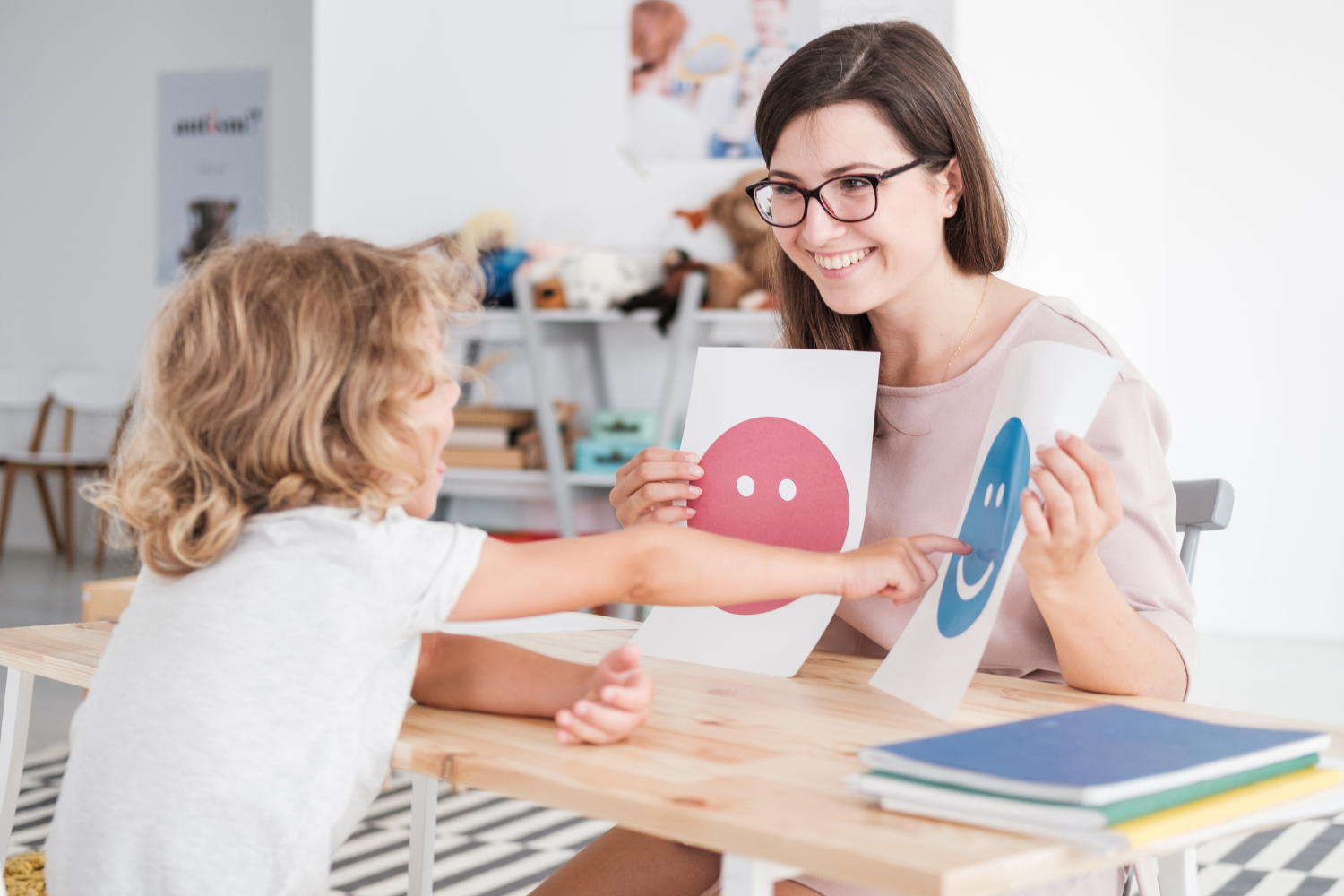 Katie Stafford and her husband struggled to understand their young daughter’s unfamiliar behavior, which seemed so unlike the usual tantrums and behavioral quirks of childhood.

Julia barely slept. She refused to eat most foods. She was hyper-focused on specific topics. She could care less about opinions or instructions from authority figures. As early as 3 years old, she was diagnosed with attention deficit/hyperactive disorder. She was given a sensory processing disorder diagnosis, because, among other things, she demonstrated a strong aversion to putting on clothes. By 7 years of age, she was struggling in school.

When sixth grade hit, “the wheels just totally flew off the cart,” Stafford says. Her bright, beautiful daughter was being regularly bullied, in a depressed state, and was threatening suicide. The definition of autism spectrum disorder had significantly changed since Julia was a toddler, and she was ultimately, accurately diagnosed.

The diagnosis, which impacts 1 in 54 children in the United States, enabled the Staffords to seek targeted resources, training, and support. They turned to The Autism Program (TAP), a University of Illinois academic partnership of five university departments that provides resources, referrals, training, and support for parents of people autism spectrum disorders. In addition, TAP facilitates collaborations with agencies, school districts, organizations, and people who work on behalf of impacted families.

TAP began more than 15 years ago with a small grant, says Aaron Ebata, University of Illinois Extension specialist and associate professor for Human Development and Family Studies. Ebata serves as TAP’s program administrator and father of a college senior with an ASD. Ebata and two others lead the early effort, which was further supported by The Autism Network of Illinois.

Eventually TAP grew from just a resource for parents to a place where students who were interested in working with people with autism could receive trainings, internships, and hands-on experience. It now works through Illinois Extension to provide trainings to parents, professionals, and communities throughout the state, an effort that was broadened by the pandemic.

“The biggest part is inclusion,” Ebata says. “We’ve talked about racial and ethnic inclusion at Extension. But, what do you do with the kid who is nonverbal or seems perfectly fine, but is kind of quirky and odd? So the fit, in terms of training professionals, volunteers, or parents is to try to help create a society or culture who is more accepting of kids.”

An ASD can present in varying degrees of severity and is widely misunderstood by the public. Like the Staffords, parents of children with ASD often struggle to find a correct diagnosis.

“Julia’s a super verbal kid, and she’s very, very good at masking,” says Stafford.  “At one time, the Asperger’s diagnosis would probably would have been the closest, but she didn’t really qualify for that because she was so social. Everybody said, ‘Well, she’s doing okay in school, so she must be fine.’”

Of course, she wasn’t, so for the Staffords, the ASD diagnosis brought relief. They finally had answers.

“We kept asking ourselves, ‘What are we doing wrong?,’" Stafford says. "People would meet my second child and go, ‘You’re horrible parents.’ We got a lot of blame along the way.”

Julia is extremely high functioning, with a massive vocabulary and focus on specific topics, such as animals, zoology, and healing the environment. But she struggles when it comes to social cognition, which broadly speaking, refers to how people process, store, and apply information about people and social situations.

TAP delivers the kinds of resources that make a difference, including new diagnosis orientation for families, social skills programs, and trainings for professionals. Up until a few years ago, the Family Resilience Center also provided the venue for monthly meetings of the Champaign-Urbana Autism Network, a parent-professional networking group.

“In the past, we’ve done training for first responders, for preschool and Head Start teachers, and for high school teachers,” said Ebata. “A lot of what we do are individual consultations when there is a particularly difficult situation.”

A diagnosis of ASD often spurs families into targeted action, and the Staffords immediately let their daughter’s school know so that appropriate accommodations could be made. They got involved with TAP and learned about strategies they say they wish they had known when Julia was younger.

“I think people need to figure out how to get past needing to make everyone normal,” Stafford said. “The hardest part about this is that we’re trying to get these kids with all these struggles to be ‘normal’ and to blend in, to fit in. My daughter’s going to be quirky all her life, but everybody’s got quirks; hers are just a little more pronounced.”

At 14, Julia’s early interest and love animals and zoology has been eclipsed by a passion for the saving the environment. She admires Greta Thunberg and has her own dreams for advocating for the planet's health.

TAP workshops address important topics, such as picky eating, managing sleep issues, and improving executive functioning. The family also benefits from TAP’s social groups for children with an ASD. TAP’s biggest benefit for Stafford is the community it creates.

“Autism can be kind of isolating,” she says.

Julia wants to go to college, and Stafford hopes that by the time it’s time for that, she can manage her ASD in a way that enables her to meet that challenge.

Helpful resources include Move from awareness to acceptance by debunking autism myths, by Jeanne Kramer, and Autism 101, a TAP comprehensive primer on ASD.