What will the election mean for rural America? 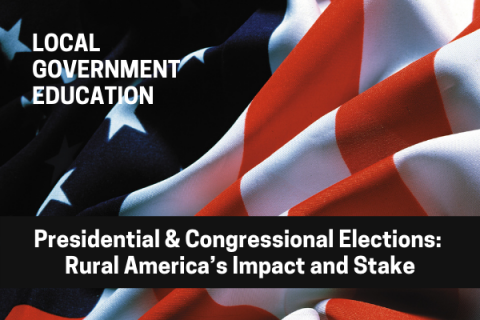 URBANA, Ill. – On Nov. 3, the country will vote in presidential and congressional elections. University of Illinois Extension, along with Rural Partners, will discuss how the results impact rural communities in Illinois and the country in a free online webinar at 9 a.m. Tuesday, Nov. 10.

Jackson has had a four-decade career as a teacher, researcher, and administrator at SIUC. Jackson became the university's 17th chancellor on June 5, 1999. A political scientist by training, he enjoyed a myriad of connections to faculty, staff, and students. He served as vice chancellor for academic affairs and provost from 1996 to 1999.

Jackson previously served as dean of the SIUC College of Liberal Arts, one of the university's largest and most academically diverse colleges. He served 11 years. He became vice-chancellor in 1996 after serving variously as associate dean of liberal arts, associate dean, and acting dean of the Graduate School from 1980 to 1983.

Jackson joined the Paul Simon Public Policy Institute in 2002 as a visiting professor. Jackson directs the Institute's internship programs and edits the Simon Review series, to which he is a frequent contributor.

He is well known across southern Illinois for his on-camera political commentary and his expertise in U.S. presidential elections.

Register online at go.illinois.edu/lgeElection111020. For a reasonable accommodation to participate in the webinar, contact Nancy Ouedraogo at esarey@illinois.edu.