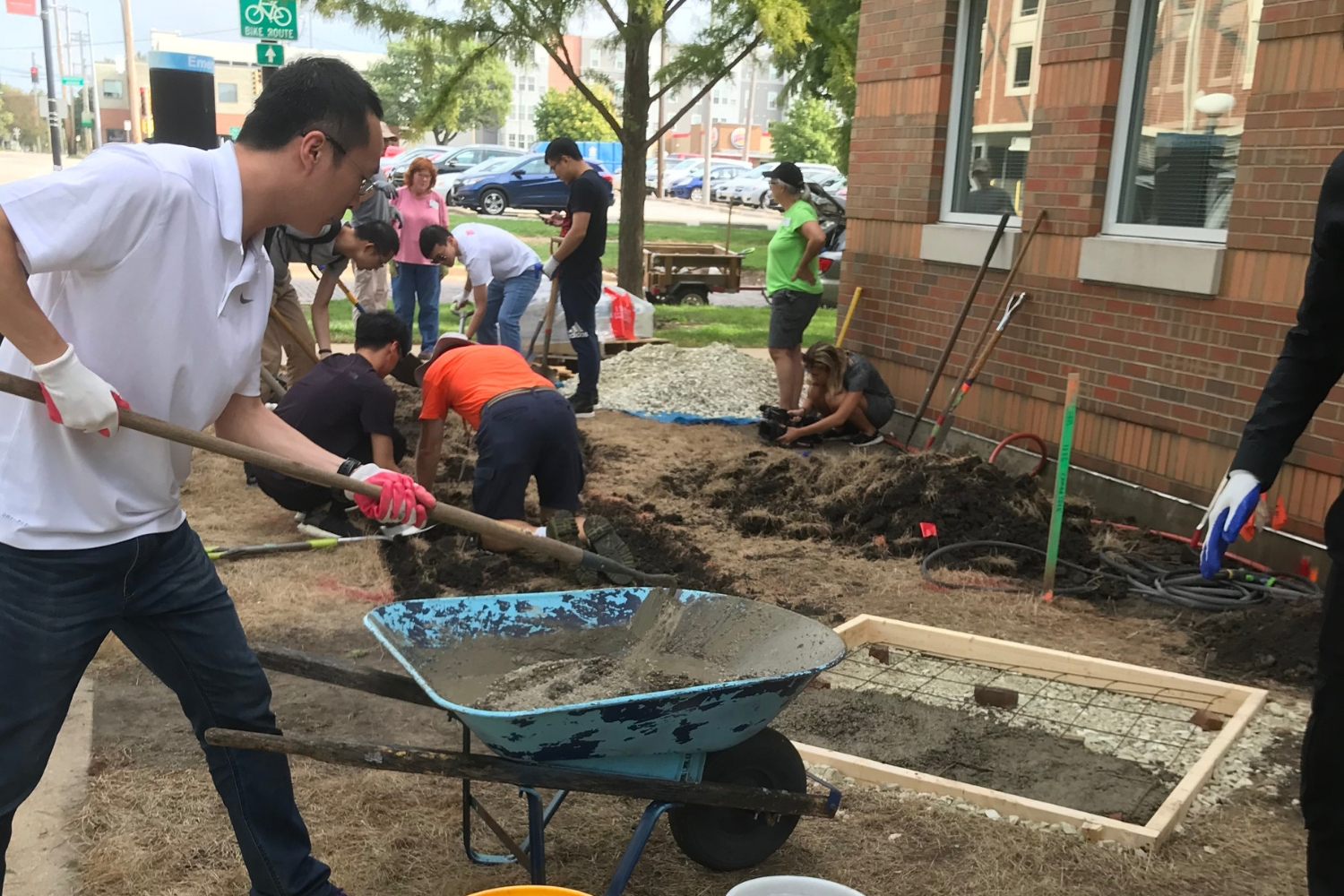 A version of this article originally appeared in The News-Gazette.

URBANA — A 600-square-foot section of grass near the spot Yingying Zhang was last seen is being transformed into a memorial garden dedicated to the missing Chinese scholar. The memorial is designed by the Champaign County Master Gardeners at the suggestion of Ms. Zhang's friends and the Chinese Students and Scholars Association.

The garden is near the corner of North Goodwin Avenue and Clark Street, adjacent to Campbell Hall. It will feature a path leading to a bench, surrounded by greenery and white flowering plants, and is designed to have "beauty and functionality," according to the proposal from University of Illinois Extension.

Guofang Miao, a friend of Ms. Zhang who helped launch the project, said she's happy with the design and expressed gratitude for the master gardeners and Illinois Extension, including Ryan Pankau, Suzanne Bissonnette and Tabitha Elder.

"We just proposed the idea: We want to build a memorial garden. They did all the rest," she said. "This is really nice."

The garden is near the bus stop where Ms. Zhang waited before getting into a car driven by her suspected kidnapper in June 2017. Friends and volunteers have continued to place flowers, stuffed animals and other memorials at the spot.

The plan was initially to put the garden in that exact spot, which is between the sidewalk and the street and owned by the city of Urbana, said campus spokeswoman Robin Kaler. But the master gardeners felt the area next to Campbell Hall would be more "impactful," she said.

Though she was at the university for only a few weeks, Ms. Zhang was already a "treasured member of the ACES family," said Dean Kim Kidwell.

"I witnessed incredible grace, compassion and commitment as Yingying’s friends and family stood side by side, day after day hoping she would return," Kidwell said. "The bonds she created with people here were permanent: she will not be forgotten. The very least the college can do is help create a beautiful space in her memory that reflects her sweet, gentle spirit, and reminds us how important it is to care for one another."

Student volunteers, organized by the CSSA, will maintain the garden after that. The master gardeners will provide annual training and technical assistance as needed.

"When her family comes back for the trial, as they said they intend to do, it will be a place of great peace for them," Kaler said. The goal is to finish the garden sometime in September and hold a dedication in October, she said.

Miao sees the garden as a reminder of Ms. Zhang and the goodness of people who have stepped forward to support her family and friends during this ordeal.

"One bad thing happened, and then you realize there are so many good people surrounding us. But it couldn't really change the tragedy," she said. "The only way we can do anything at this moment for Ying-ying, for her family ... is to keep her story alive. I think that's the most important thing."