What Lenders in the U.S. are saying about the Ag Economy 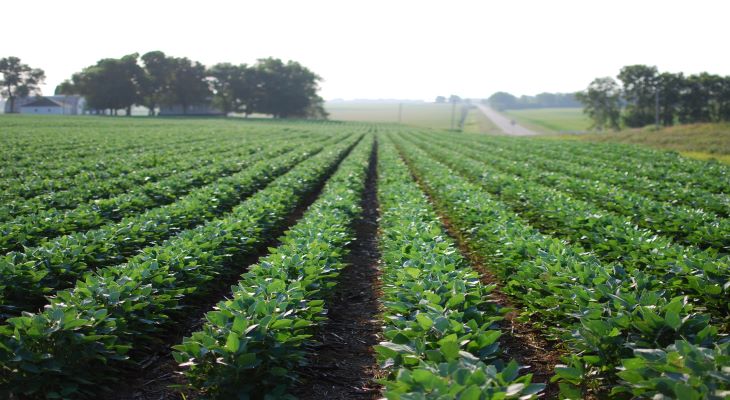 There is a lot of discussion surrounding the Agricultural Economy right now and its potential impact on both farmers and rural communities.  In late summer 2019, the American Bankers Association and Farmer Mac collaborated on a survey.  Over 450 bank managers, executives and Ag Lenders participated from across the nation.  Bank size ranged from under $50 Million in assets to over $5 Billion. You can find the full report here: https://www.farmermac.com/wp-content/uploads/2019-AG-Lending-Survey-Report-FINAL.pdf

The report reemphasizes the negative impact on the Ag Economy from retaliatory tariffs, lower grain prices and weather.  Following are some highlights from the report, as well as, some additional observations on interest rate volatility and farm retirements.

Having been an Agricultural lender during the 1980s farm crisis, I understand the apprehension associated with rate volatility.  Several authors have made comparisons between the 1980s farm crisis and financial stress being felt by farmers in the U.S. today.  What I have not read much about is the difference between current rates on farm debt and those experienced during the 1980s.

I mention this because it might well be the only silver lining in the Ag economy today.  Imagine a farmer that has a $100,000 operating line due after 12 months.  Using the prime rates listed above plus 1.5%, the interest expense for one year on that debt would have been $16,760 in 1980, $11,430 in 1985 and $7000 in 2019.  My goal here is not to undermine the current crisis facing farmers from retaliatory tariffs, lower profitability and weather-related disasters. I’m just saying that interest rates were another debilitating factor in the 1980s Farm Crisis that I don’t see many economists or the media discussing today.

Another concern that the respondents to the survey reported was the retirement of farms.  There has been an increase in farm retirements according to the survey.  “As a result of the continued stress on profitability agricultural lenders observed rising trends in farm exits and financial strain.” Some farmers are leaving because they can no longer find funding options to support their farm operations.  However, it also makes since that with the increasing average age of farmers, many might see this as a good time to get out of farming all together.  According to https://modernfarmer.com the average age of a U.S. farmer is 58.    Nearly two-thirds (63.3%) of the respondents expect farm retirements to increase over the next 12 months.  The caution here is that the more farm land being sold in the market could place downward pressure on land prices much as it did during the 1980s.

Pam Schallhorn is an Illinois Extension Specialist in Community and Economic Development for most of central and western Illinois.  Pam is also part of a team, led by Michigan State University, that recently trained over 500 Farm Service Agency employees on Farm Stress.  During the 1980 Farm Crisis she was an Ag lender in Whiteside County, Illinois.  She can be reached at pscha2@illinois.edu