When you have a lot of any one thing, it’s sometimes hard to choose a single favorite, but in the case of tall bearded iris, ‘Edenite’ is the one I most look forward to every season.  Described as sooty red-black with brown beards, this historical 1958 release is still a crowd pleaser.  Unfortunately, it has been blooming rather infrequently the last few years due to shade development since its planting.  The rhizomes keep growing and the patch keeps getting larger, but no blooms.  Given that iris require six to eight hours of full sun during the growing season for best performance, some of my iris just aren’t getting their due.  Since it is a waste to just let iris languish in the shade as just “swords,’  ‘Edenite’ and others are definitely on my list to be dug later this summer and moved to a sunnier location.  Late summer through early fall is the best time to divide and replant bearded iris, allowing them the required four to six weeks following flowering for new rhizomes to fully develop before digging and dividing.  There are a number of other easily fixed reasons why an iris would fail to bloom, including overcrowded rhizomes in need of dividing, rhizomes being planted too deeply and in need of replanting, or just too much fertilizer being applied.  When sidedressing bearded iris, source a blended fertilizer with an analysis low in nitrogen, and relatively higher in phosphate and potash (ex. 2-10-10).  There are two times bearded iris benefit from fertilization.  The first time should be six to eight weeks before bloom, then again in mid-summer when new rhizomes are being formed on established plantings or following transplanting.  When planting iris, the rhizome should be planted just at the soil surface or just below with the roots well anchored.

I missed harvesting a few onions in the garden last fall, but noticed them this spring when they resprouted.  Taking advantage of the situation, I decided to leave them in place to flower and set seed for collection and storage for use next year.  Being a biennial, you usually don’t get to see common onions flowering, so this may be a win-win situation if all goes well.

Spring has been relatively nice for getting vegetables planted on time, and many, including my family, are already enjoying early crops like Romaine lettuce.  Now that we are past the frost date, tomatoes and other tender and warm-loving vegetables are going in next.  If you aren’t growing your own transplants, garden center seem to be well stocked.

A new book has been published on one of my favorite topics, the language of flowers.  After reading this book, you’ll perceive a whole new way of communicating messages through the flowers you grow, display, send to others and receive in turn.

The Complete Language of Flowers: A Definitive and Illustrated History 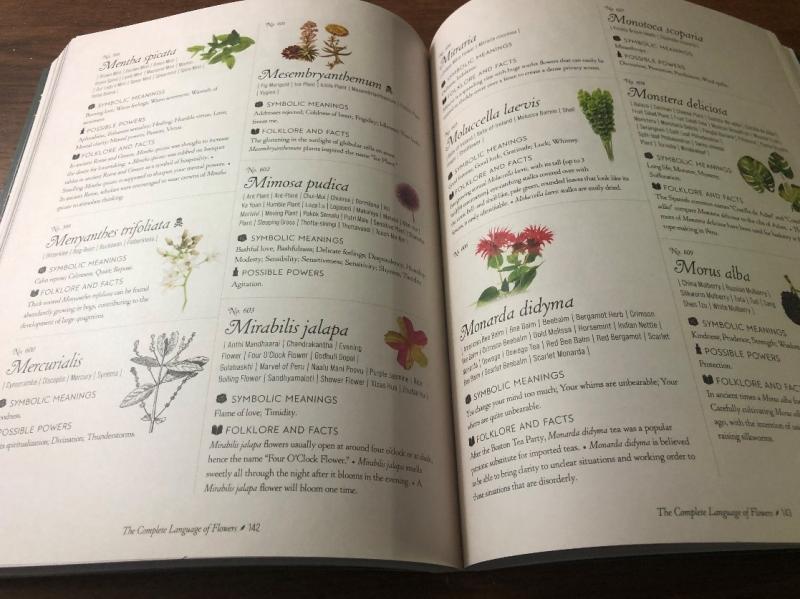 Welcome to My Jungle