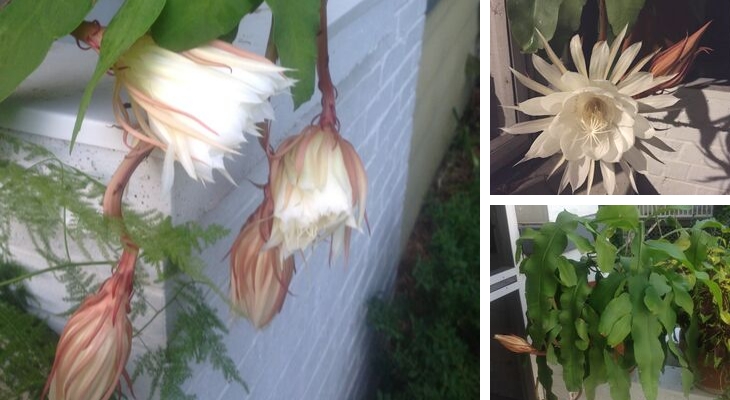 Forget itty-bitty succulents tucked into a small shallow dish. Succulent Cacti are the new trend! They are just as interesting and easy to care for but make a much larger impact on your plant-scaping efforts.

Architecturally, these plants are usually naked branches without leaves, and some are known for their breathtaking, but short-lasting, blooms. Their superpower is that they grow big and may even need to be potted up every two or three years.

A pencil cactus (Euphorbia tirucalli) has engulfed the window of my office with bright green stems, with few and very small leaves on the branch tips. This plant bathes in the bright but diffused light from a southwest facing window. It is in a 12-inch pot of good soilless media and is watered once every two to three weeks, waiting for the soil to completely dry between waterings. During the winter the watering is drastically reduce to every month or two. It is trying to take over a 4 x 4 table meant for meetings, and sometimes tickles the noses of those who sit there. It is the statement of the room and has intentions of touching the ceiling one day, especially if I pot it up.

Instead, I will need to take cuttings. I will dip the cut end into a warm cup of water to stop the flow of latex sap that is endemic to euphorbias. ‘Sticks of Fire’ is a cultivar commonly seen in the industry as it turns pink, orange and yellow when grown in bright sun. This plant could easily go outside during the summer as it is native to South Africa and India. Flowers are fleeting and not very noticeable.

I have a night blooming cereus cactus (Epiphyllum oxypetalum) in bright morning sun on my front porch. It is known to bloom one night a year with the most exquisite and delicate downward-facing blossoms that fill the night air with fragrance. Mine bloomed in the middle of August, and the blossom opened up more than three nights in a row. The plant was covered with the promising pink buds that closed during the day. The best display was at 4 o’clock in the morning. With huge fleshy leaves, cereus quickly filled out a 14- inch planter and is watered once a week and allowed to dry down between waterings. During the winter months, I bring the plant into my home and give it an entire corner of my dining room. Like with my pencil cacti, I reduce watering. This plant is native to the south western United States and is pollinated by hummingbird moths.

Dancing bone cactus (Hatiora spp.) is a plant that grows upright at first, but then drapes over the side of the pot like bony little fingers with joints. It isn’t a typical cactus, but a jungle cactus--a succulent that grows in the crotch angle of trees. Its blooms are small and yellow but they completely cover the plant. It grows in an 8-inch azalea pot on the shady part of my porch. Since it is a cactus from the jungle, I usually water it at least once a week.

When you’re looking to green your space with little investment, forget the itsy-bitsy Echeveria, sedums, and aloes that are slow-growing, and go for succulent cacti that will make the room.