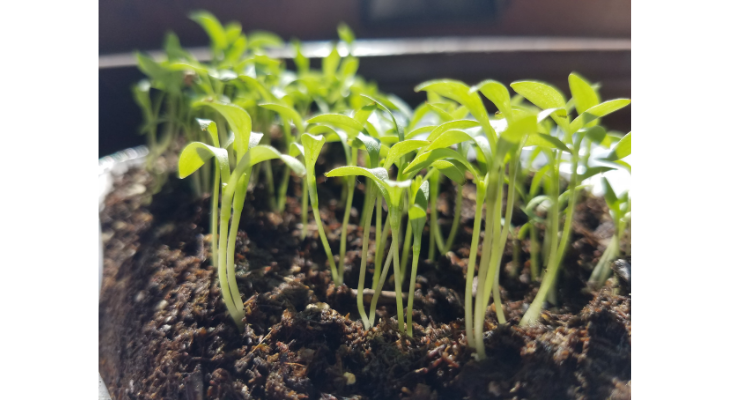 Anyone who has gardened long enough likely has a pile of seed packets squirrelled away with intentions of using those seeds someday.  Many times, I keep seed packets in my collection because I just can’t stand to throw things away, especially seeds that may have some viability.  However, it can be tricky to figure out exactly how viable my old seeds remain in storage.  With all the time that carefully goes into preparing a garden bed, I rarely have the guts to sow many of the seeds from years’ past for fear that my efforts will go to waste.  So many times, I wind up buying new seed while the old packets remain in my collection creating a conundrum of sorts.

Most of us think of seeds as dormant, inactive structures with potential to grow someday, but not much really going on in the meantime.  However seed viability is tied to the seed’s ability to respire slowly, using stored sugars to sustain this process until the time is right to initiate growth.

Remember, respiration in plants is kind of like the opposite of photosynthesis.  During respiration, plants use the sugars generated during photosynthesis, combined with oxygen, to produce the energy (plus carbon dioxide and water) that fuels all plant processes. A seed must use energy to remain viable, but they lack the leaves needed to photosynthesize and produce additional sugars, or energy.  So, seed viability is related to the ability to sustain respiration using stored sugars from past photosynthesis the parent plant performed.  While this process occurs very slowly, there is limited amount of time it can continue as there is finite amount of stored sugar in each seed.

As with so many things in nature, there are plenty of other variables, beyond the amount of stored sugars, that impact seed viability.  Environmental factors, such as humidity and temperature play a major role as well.  Past research has identified the optimal storage conditions for seeds, which requires low temperature and low humidity to slow metabolic activity and keep seeds viable.

The Global Seed Vault, located half way between Norway and the North Pole on a remote island in the Svalbard archipelago, represents one of the largest seed collections in the world.  With over 1,000,000 seeds, from nearly every country in the world, it is vital that this vast collection of world plant genetics maximizes the life of its seeds. This location was a strategic choice since permafrost helps the entirely underground facility maintain a steady temperature near zero degrees.  The cold temperature also helps keep humidity low, which creates the ideal seed storage environment.

I often get questions from folks wondering if they should plant old seeds or not.  Many assume there is a shelf life for each species and it’s as simple as looking back to when the seed was purchased to determining viability.  However, storage conditions have a major impact on viability, so the answer is not so simple – “it all depends”.

Since none of us have a true seed vault designed to maintain optimal conditions, storage in a refrigerator or freezer is probably the most practical.  It pays to keep seeds in a tightly sealed container, such as a ziplock bag or jar with a screw-tight lid, to limit fluctuations in humidity.

If you haven’t keep your old seeds chilled by permafrost, it’s safe to assume that many common garden seeds will last for one year in storage. By the second year, there is most likely a loss in viability but, to some degree, it is predictable and by year three in storage, all bets may be off.

Under average storage conditions (simply in a cool dry place away from moisture), you can assume the storage life of many common vegetable seeds as follows: