Why did the snake cross the road? Illinois reptiles migrate safely with spring road closure 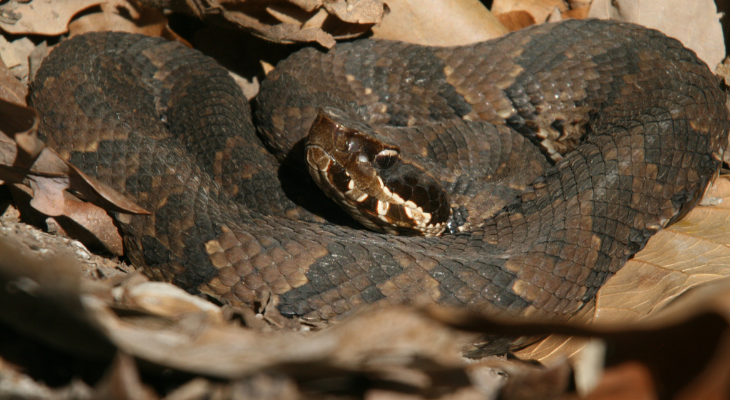 Illinois is world famous for its snakes. This week, a road in Southern Illinois – Snake Road to be exact – closes to vehicles as it does every year so migrating reptiles and amphibians can safely cross. 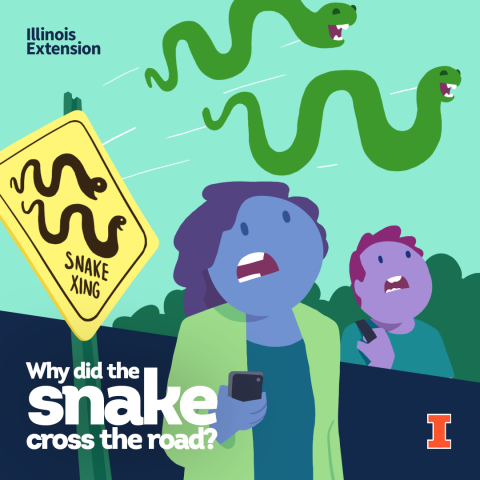 But as someone who works in conservation, the phrase “the only good snake is a dead snake” is one I have heard a lot. I’ve found this sentiment and the fear fueling it comes from a lack of knowledge about the native snakes we share our woods, trails, and waterways with.

Illinois is home to 40 species of snake. Of those, 11 are listed as state endangered or threatened.

Snakes are solitary predators. Like other reptiles, snakes are cold-blooded, meaning they do not produce body heat internally, instead their body temperature varies with their environment. They bask in the sun or lay on warm rocks or soil, particularly early in the spring or during cool mornings or evenings.

As temperatures drop in fall, snakes search out a protected place to overwinter. This is often in loose rock piles, fissures in cliffs or rock outcroppings, rodent burrows, or decaying tree roots.

Technically snakes do not truly hibernate. Instead, they go through brumation. Hibernating animals go into a deep sleep the entire duration, but animals that go through brumation do not. In fact, snakes may take advantage of warm spells in winter to emerge from their hibernaculum - their winter den - to bask or get a drink. Sometimes snakes travel quite a distance to find a suitable hibernaculum.

The previously mentioned Snake Road site is famous for this migration phenomenon. Snake Road in LaRue-Pine Hills Research Natural Area splits LaRue Swamp and the base of the towering chert bluffs of the Pine Hills.

Every spring and fall, reptiles and amphibians cross this road to travel between the summer swamp habitat and winter hibernation sites in the bluffs. So many animals cross this road, 23 snake species have been observed in the area, that Shawnee National Forest managers close it to all vehicle traffic from March 15 to May 15 and September 1 to October 30 to protect the migrators. The road is still open to foot traffic and many snake enthusiasts make a point to hike Snake Road during the migration.

Venomous snakes are rare in Illinois and becoming more uncommon with habitat loss.

What to do if you see a snake?

Be excited to have experienced such a cool animal sighting and take a picture if you can. After that, leave it be!

Do not harass or try to move the snake. Do not try to kill it. Reptiles and amphibians are protected under state law and it is illegal to kill or collect them on public land without a permit.

Illinois snakes are not aggressive toward people and will not chase after you. Bites are incredibly rare and almost always occur as a defensive act when the snake was threatened by humans.

Snakes can be very beneficial around your house as they can help reduce rodent or insect pest populations.

MEET THE AUTHOR
Chris Evans is an Extension Forestry and Research Specialist and the Interim State Coordinator for the Master Naturalist Program. He has been with the University for over five years. Chris has a BS in Wildlife Biology from Murray State University and a MS in Forest Biology from Iowa State University. He is interested in forest health and management, native plant restoration, and invasive species management.