Jamie had learned a lot by being enamored by the Illinois 4-H State Crappie tournament in April. She’d caught panfish before and loved fishing. Her dad had taken her fishing at a nearby lake a few times the year before and she’d learned what a bluegill, a crappie, and even a Red Eared Sunfish was and how they looked different. But she wanted to learn more. Contests motivated her. 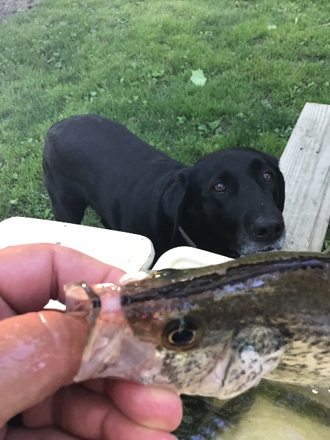 Learning of the State 4-H Fishing Contest entitled “4-H Hooks Us Together” through her local 4-H Club, she set her sights on learning more about crappie and how to catch them. She learned that there were two species of crappie popular in Illinois; the black crappie and the white crappie.

The two species are more alike than different, but there were subtle differences. White crappie tend to be longer in body frame; have 5-6 dorsal spines; and have speckles arranged in vertical bars; Black crappie have a rounder shaped frame; 7-8 dorsal spines; and a totally random set of speckles on their bodies. Jamie learned each female crappie can easily produce over 20,000 eggs and the overall light or dark color of each species varies so much that the rumors of the dark ones are male and the light ones are female does not hold true and is not based on fact. She liked truth, and through fishing, she began loving science.

Jamie fishes hard and loves every second of the challenge. She catches a nice one and knows it’s a black crappie as it has all the signs.   As she snaps a picture of it for contest entry, she notices something she’s never seen before…a distinct black line running from its dorsal fin to its nose! What is that? She dials in “dark-stripe on crappie nose” into her search engine at home and now learns even more.    She’s caught a Black-Nosed Crappie!

Jamie now learns that some black crappie have a recessive gene that causes this dark stripe. She learns that fish biologists are researching that this line may be an evolutionary change that may be helping the crappie to see better or it provides better camouflage for itself when stalking its favorite prey – smaller fish, aquatic insect larvae, or crustaceans. She loves her discovery!

Jamie has in her hands new knowledge, an understanding that we’re still learning about our natural world, and….her subject for her summer 4-H fair exhibit. All caught on one hook at the same time. Her black lab is suddenly jealous.

ABOUT THE AUTHOR: Curt Sinclair is the 4-H Youth Development Extension Specialist for Shooting Sports and Environmental Education. He received his B.S. in Forestry from Southern Illinois University in Carbondale in 1982 and his Master's in Recreation Resource Administration from North Carolina State University in 1988.