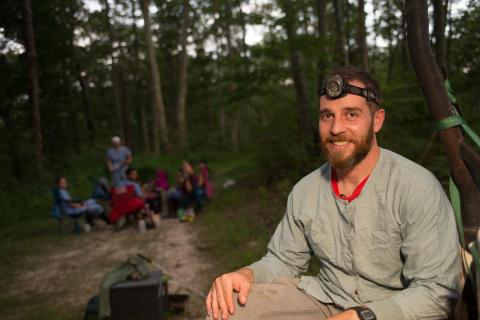 URBANA, Ill. – How do we bring threatened and endangered animals back from the brink? The task is never easy or simple, but one thing is undeniably true: If we don’t understand these animals and what they need to survive, we have little chance of success.

Saving bats, then, is arguably a trickier endeavor than for other species. After all, the cryptic critters only emerge at night and are highly mobile, making it difficult to track their movements and behavior.

In a first-of-its-kind study, University of Illinois and Brown University scientists reveal the diets of endangered Indiana bats and threatened northern long-eared bats, providing clues to effectively manage both species and their habitats.

“This was an in-depth study of these two imperiled species in landscapes where they co-occur. Nobody's done that before. This investigation gives us a much better sense of how bats not only coexist, but also how they benefit our forests and how we can thus manage the forest to provide bats with better habitat,” says Joy O’Keefe, an assistant professor and wildlife extension specialist in the Department of Natural Resources and Environmental Sciences at Illinois.

Previous research into these bats’ diets relied on older, outdated technologies that could miss important prey species. And no study had yet investigated how the two species divvy up their prey resources to coexist.

“When you have two closely related species sharing the same habitat, that means they're probably built similarly and need similar places to live and things to eat. This brings up a lot of questions about how they’re doing that. Are they competing? Or is there some system in place where they're able to divide resources? Our job was to figure that out,” says Tim Divoll, a data scientist in the Center for Computation & Visualization at Brown who completed his doctoral research with O’Keefe.

Read more from the College of ACES.