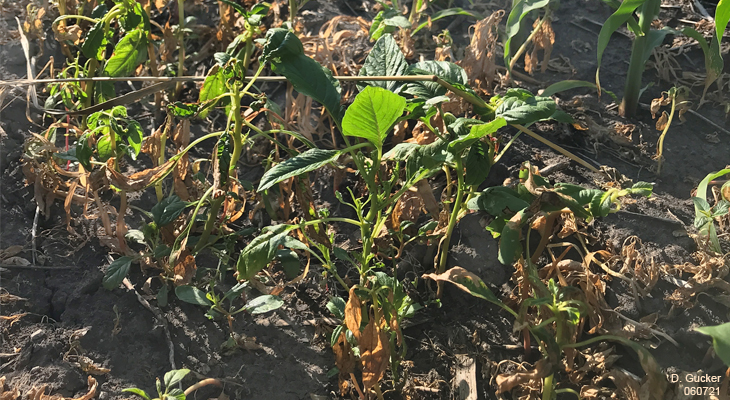 Posted by
Douglas B. Gucker

This is the third year in a row that I have seen tall waterhemp, over 6" tall, sprayed with a post-emergent herbicide combination containing dicamba. Last year, I noticed a few fields where it seemed that tall waterhemp had survived a late application of dicamba and appeared to have small seed heads.

Is this the beginning of dicamba herbicide-resistant weeds?

In 2019, University of Tennessee weed scientist Dr. Larry Steckel saw more escape pigweeds in fields where dicamba had been sprayed. Steckel suspected this was the beginning of dicamba resistance development as he had seen earlier with glyphosate.

The above picture was taken in Central Illinois two weeks after a post-emergence herbicide tank-mix that included dicamba. I, too, am wondering if I am seeing the beginning of dicamba resistance locally. If that happens, how are we going to control the tall waterhemp and other pigweeds in our corn and soybean rotations?

There are no new herbicide modes of action being developed.

What is the answer to preventing dicamba herbicide resistance?

What does that look like? It involves using all the weed control methods available to you – cultural, mechanical, and chemical.