Going to Bat for a Much-Maligned Creature 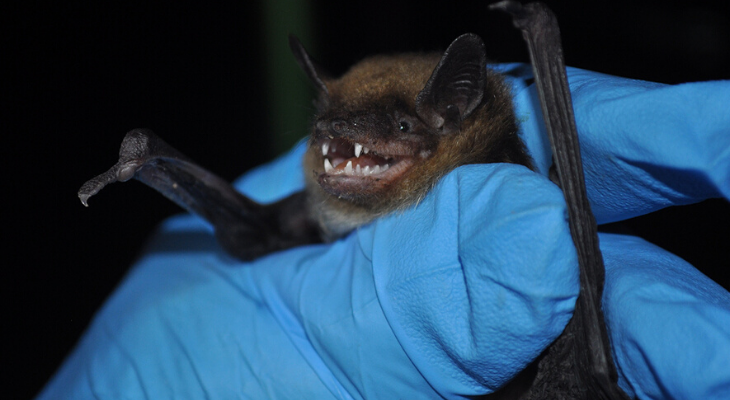 The mere mention of bats causes some people to cringe or cover their heads. That reaction likely stems from a fear instilled in us through movies and books, not reality. The bat does make a great bad guy, because it comes out at night to feed, often live in great numbers, and perhaps even drink your blood.

In reality, out of more than 1,200 species of bats worldwide, but only three species of vampire bats in Central America that lap blood. No, they don't suck blood, but lapping blood seems a little less menacing.

And less than a half-percent of bats are rabid — far less than their reputation would suggest.

The bats of Illinois haves a greater calling in our fields and backyards: eating insects. Illinois has 12 species of bats that are serious predators of night flying insects. One bat can eat up to 3,000 insects per night and drastically reduce the population of insect pests like corn rootworm and earworm, beetles like the cucumber beetle, midges, cutworm moths, and mosquitoes. A gardener or farmer with these insect issues should welcome bats to his or her field.

Big brown bats, little brown bats, and eastern red bats are the most common species in Illinois. Our Illinois bats are all very small, including the tricolor bat (about 1/5 ounce) to the hoary bat (1 ounce). The largest species in Illinois weighs a little over three pounds, and the smallest species weighs less than 1/10 ounce. They can live solitary, or in colonies, and either hibernate or migrate south for the winter.

If you are like me, you wouldn’t mind sharing the backyard with these Illinois natives, and might even build a home for them. Guidelines for building a bat house are at www.batcon.org. Tips for establishing a bat habitat: