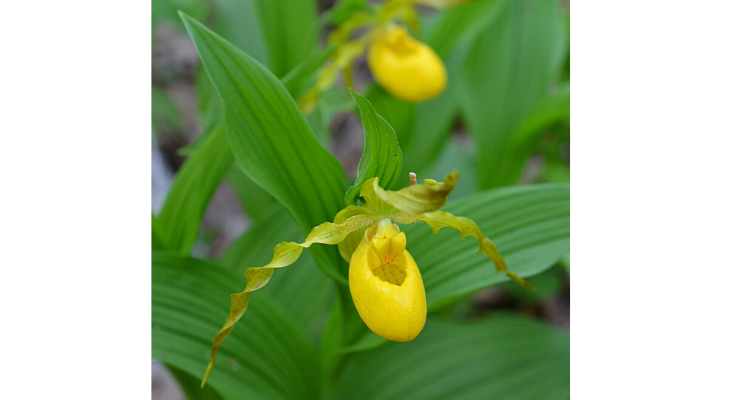 Over the past 200 years or so, orchids have went from a mysterious and challenging plant, barely sustained in cultivation, to a fixture in many homes and businesses. Today, easy-care varieties of these beautiful flowering houseplants can be purchased just about anywhere, including the supermarket checkout lane.  In the last decade, plants in the orchid family have become highest selling potted plants in the US horticulture industry, exceeding the previous leader, poinsettias.

Many of us know these fascinating specimens only as nonnative houseplants and are unaware of our own native orchid species.  Even fewer of use have experienced this fantastic native flora in the wild.

Illinois is home to 45 species of orchid, although the family Orchidaceae is incredibly diverse worldwide, only second in size to Asteraceae.  Most of our native species are quite rare and sensitive to the widespread habitat alteration that has occurred across Illinois over the past two centuries.  In fact, almost half of our native orchids are listed as threatened or endangered.  So, it’s no wonder that many of us have never experienced them in the wild.

Why have these intricate and stunning plants remained such a mystery for so long?  Due to their tiny, nearly microscopic size, orchid seeds were difficult to identify in the first place.  In the absence of any identified seeds, wild theories on orchid reproduction abounded in the early years of documented study, with many finding links to the animal kingdom, suggesting birds or even goats had some role in orchid reproduction.

It wasn’t until the 16th century that the “pure dust or flour” from pods present after orchid flowers fade was correctly identified and described as seeds.  It took several hundred more years before seed germination was even understood and almost 75 more years to successfully perform the feat in cultivation.

The key to orchid seed germination lies in a relationship with soil-inhabiting fungi called mycorrhizae.  Since the tiny seeds have little or no energy of their own, they must be infected by mycorrhizae which provides energy to germinate and grow.  The fungi soak up and transfer nutrients from the soil to the developing orchid.  It’s a fascinating relationship that co-evolved over the eons allowing orchids to skip energy investment into their seed structures, facilitating the production of many more seeds (sometimes 4 million per seed capsule) that are easily wind dispersed.

However, every tiny orchid seed that blows across the landscape must land in soil and find the specific mycorrhizae present they need to germinate.  Interestingly, some orchid species spend their entire lives dependent on mycorrhizae for energy, only emerging from the soil to flower.  As a result, orchids are quite sensitive to habitat disturbance, especially land use changes that alter the soil environment and may extirpate their vital fungal partners.

Today, orchid conservation is major concern in preserving the native plant diversity in our state and worldwide.  Pressure from habitat destruction and human collection of rare species has imperiled many populations of these sensitive plants around the globe.  When you do get a chance to view these majestic plants in their natural homes, take care to limit your disturbance and protect these wonders of the plant world.