The history of tomatoes: How a tropical became a global crop 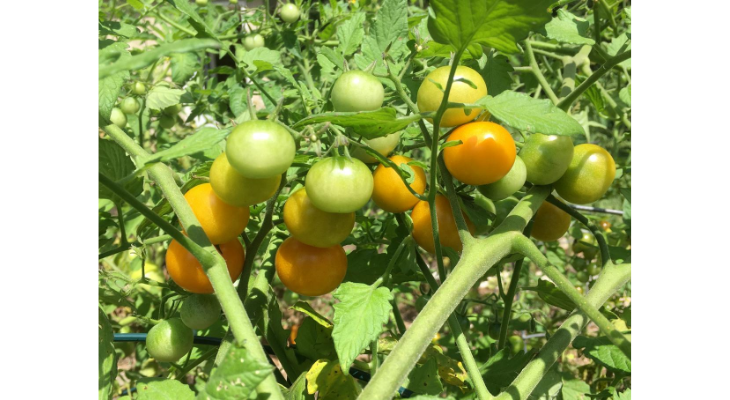 Tomatoes are the most commonly planted garden crop in the United States, as evidenced by the wide range of tomato plants available every year in garden centers.  Beyond home production of tomatoes, the U.S. has historically led global commercial production, with California being our top producing state. So, it is safe to say that Americans grow a lot of tomatoes each year.

With all these tons of tomato production in the U.S., have you ever considered where tomatoes came from in the first place? We often talk about how tomatoes are tropical plants and require additional care in our climate, but what area of the tropics did these plants originate?

Tomatoes belong to the genus Solanum within the large and diverse Solanaceae family, also known as the nightshade family. Some other popular members of Solanaceae include peppers, potatoes, tomatillos, eggplant, petunia, and even tobacco. The family list is long, including annual and perennial herbs, vines, epiphytes, shrubs, and trees.

All cultivated varieties of tomato are derived from a single species, Solanum lycopersicum. There are 16 wild relatives of S. lycopersicum which are native to South America and confined to a narrow coastal region in the northwestern corner of the continent from Ecuador to northern Chile, including the Galapagos Islands.

The domestic tomato is self-pollinating and exclusively inbreeding due to the arrangement of its flower parts. This is a product of domestication since it is much easier to control pollination on self-pollinating plants as opposed to the open-pollinated individuals that may inadvertently cross with related species. Wild tomatoes have a slightly protruding stigma, the female flower part, lending their fertilization to the help of insects or wind for intercrossing with other tomatoes. These wild species have valuable genes for disease resistance which are useful to plant breeders to this day.

How tomatoes were domesticated

The path from wild tomato species to our current domesticated varieties has been disputed and rewritten over recent decades as new science uncovers more of the history. Previously, it was believed that tomato domestication began with the cultivation of the blueberry-sized fruits of wild tomato ancestors some 7,000 years ago in South America. After breeding to produce somewhat larger fruits, about cherry tomato size, in South America, plants were further domesticated in Mesoamerica to produce modern-sized tomatoes.

However, recent research in genetics indicates that the cherry-sized tomato originated in Ecuador around 80,000 years ago without any human domestication. Humans in South America eventually cultivated these early tomatoes but did not develop the larger fruit size we know today. Over time, these cherry-sized fruits spread northward toward Mesoamerica, either from human movement, by birds, or some combination of natural routes. After the long trek and many, many years of persistence as weedy, semi-domesticated plants, their fruits changed significantly to look much more like the smaller wild tomatoes of South America 80,000 years ago. It was these smaller fruited plants that were then later domesticated in Mesoamerica (around 7,000 years ago) into our modern tomato.

In the 16th and 17th centuries, early seafaring explorers brought the domesticated tomato back to European populations, where it was received with mixed emotions.  Many potential plant propagators that had previous knowledge of the nightshade family were familiar with their toxicity, making tomatoes slow to catch on.

Today, the tomato is not only the most popular garden vegetable in the U.S. but is cultivated in nearly every country around the planet with a sufficient growing season.  Some experts believe it is the single most important horticultural crop on the global scale.

The next time you struggle with a myriad of pathogens that plague these non-native and tropical plants, consider the history behind their journey here (and around the globe) from another continent. Maybe they aren’t doing so badly in our climate given their more global history.