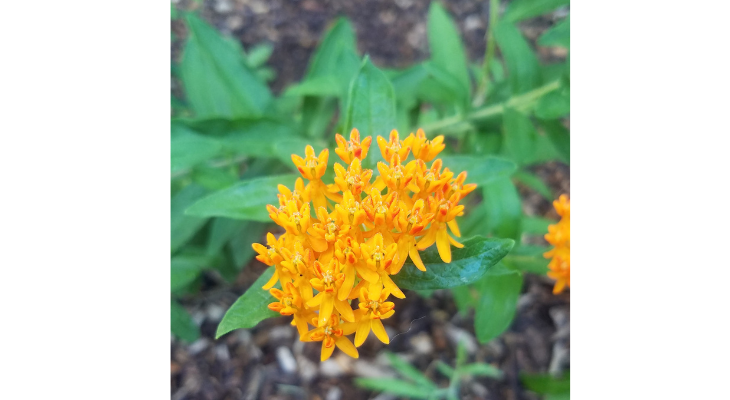 Native plants are becoming a larger part of our built environment each year as more and more gardeners begin to recognize their value. Natives support local ecosystems and wildlife habitat in ways that are increasingly important as our human footprint on the landscape grows.  From professionals to backyard gardeners, there is a growing demand for native plants, especially as many realize their ornamental and functional value in the landscape as well. However, one very common issue for anyone interested in ‘going native’ is the fact that they are relatively hard to find at retail garden centers.

Plant selection across the US horticulture industry is highly skewed toward non-native plants, which do not support native wildlife like our native flora do.  In fact, some non-native species have the ability to become invasive, creeping out of the human built landscape into natural areas and threatening large-scale ecological change throughout the US.  These invasive species displace native plants altering the very building blocks of natural ecosystems in ways that are detrimental to both native fauna and flora.

One 2013 study assessed over 1,000 known invasive species in the lower 48 states.  Of this collection of non-natives, 60% were internationally introduced to our continent by humans and around 64% of those plants were introduced for ornamental reasons.   Interestingly, across western states, the majority of historic invasive species introductions were accidental, arriving as a result of ever globalizing trade and travel.  However, in the eastern US, the majority of invasive species arrived as ornamental introductions.

Regardless of invasive status, the presence of non-native plants in human built environments offers little to support native fauna.  With non-natives comprising a large majority of plant material across US landscaping, there is huge opportunity to turn the tide toward native plants that better represent and support local ecology.

While I have been ecstatic to see an increasing prevalence of native species at all local garden centers in recent years, it is still difficult to acquire the selection of plants needed to create home landscapes dominated by natives.

A study published earlier this year looked at native plant abundance among nursery stock available at 14 wholesale nurseries in the Mid-Atlantic region. Of the almost 7,000 taxa included in the study, a mere 25% of these plants could be identified as native to the region.  In my experience, this is fairly consistent with plant selection at Midwest nurseries as well.

Surprisingly, 4% of the taxa included in the study were known invasive species to the region.  While this is a small percentage of total taxa, the actual number of plants sold has not been accounted for in this study.  So, there is still a significant amount of invasive plants circulating in the ornamental plant trade.

Researches took a deeper dive into the category of “native” plants to separate out native cultivars and hybrids.  Cultivar is an abbreviation for “cultivated variety”, meaning in this case, a native species that has been bred for certain characteristics.  In contrast, a hybrid plant is a combination of two species, sometimes both native, but often including a non-native.

Results from this study showed that cultivars and hybrids comprised 19% of the plant material at nurseries, while the native, “straight-species” (meaning the native species has not be bred for changes in character or cross bred with another species to create a hybrid) comprised a meager 6% of the plants included in this study.

Currently, there is a growing body of research exploring the wildlife value of native species vs. their native cultivars, often referred to as “nativars”.  While there are specific examples of each type of plant providing wildlife benefit, the general recommendation for gardeners interested in planting natives for ecological value is to stick with the native, “straight-species” and not a “nativar”.  However, it is often quite difficult to source native plants that are not cultivars or hybrids.

So, what can you do to find native plants to add to your landscape next year?  I always recommend our local nurseries and garden centers first.  While natives often remain in the minority, they are growing in number each year.  If you aren’t finding what the native you want, be sure to ask as this type of feedback helps growers and nurseries know what gardeners want to plant.  Finally, the Illinois Native Plant Society has a great list of nurseries that focus on native plants and local native plant sales across Illinois each year.   More information can be accessed at illinoisplants.org.