The wild carrot family is full of harmful plants 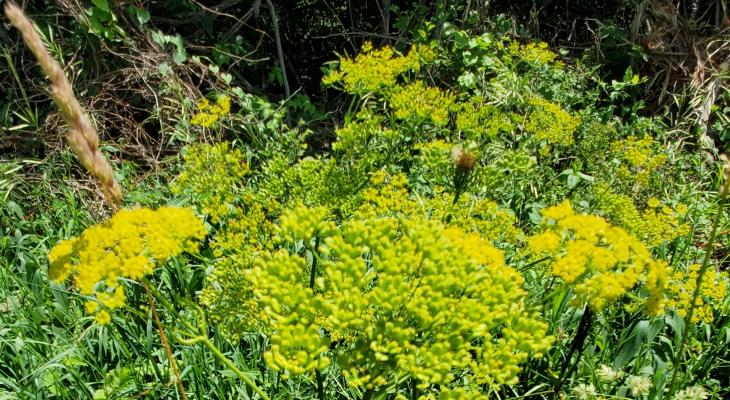 The plant world is filled with amazing feats of both helpful and harmful attributes when you consider all the ways that humans interact with our floral friends. Everything from disease treatments or cures, to irritating rashes and seasonal allergies, or even highly toxic compounds all come from plants.

It’s even more amazing that many plants with potentially harmful effects are quite prevalent in the environment and many of us go about our daily lives completely unaware. Consider the number of people that are highly allergic to poison ivy (Toxicodendron radicans) compared to the number of folks that actually are proficient at identification of the plant. In my experience, a lot of people fall short on identification and poison ivy is a highly abundant plant.

Within the realm of harmful plants there are a few non-native members of the carrot or parsley family, Apiaceae, that are quite prevalent in central Illinois and may cause significant harm to humans or animals that unknowingly interact with these plants.

Wild parsnip (Pastinaca sativa) is quite common across Illinois, occurring in nearly every county. It has an open, airy flower structure, like so many other members of the

Carrot family, that consists of flat-topped clusters of yellow flowers which open in May to June in central Illinois. The plant is easily identified by its flower structure and leaves that are compound, hairless, and singly pinnate, unlike many other members of this family that have doubly pinnate compound leaves.

Although weedy in habit, this plant is actually kind of alluring, with abundant yellow blooms that often attract a variety of pollinators. However, humans need to exercise extreme caution in the presence of this plant as it has an insidious side that is little known.

When the sap of this plant contacts your skin and is exposed to sunlight, a reaction occurs that can result in painful burns and blisters. Since burns don’t appear for 24 hours and often don’t reach peak effects until 72 hours later, the source of this reaction can often be a puzzle to figure out.

The aptly named plant known as poison hemlock (Conium maculatum) is another carrot family member with sinister habits. Its plant parts are highly toxic and ingestion of small amounts can result in death. Famously, hemlock poisoning was a common punishment for prisoners in Ancient Greece and was used to kill Socrates in 399 BCE.

In modern times, human consumption of poison hemlock is rare but this plant poses a serious threat to livestock when present in grazing lands. To further compound things, it is often found in similar settings as wild parsnip or other carrot family members causing some confusion.

Similar to wild parsnip, this plant can cause painful burns if sap gets on skin tissue.  In rare cases, sensitive individuals have reported rashes simply from contacting plant parts.  However, most reactions to the plant occur in combination with exposure to sunlight.  The light-activated plant compounds responsible for these burns, knows as furancouramins, have been shown to vary within poison hemlock plants based on growing conditions, stress and other factors.  So, individual plants may or may not have harmful levels of these compounds in their tissue. This has confused and complicated our understanding of this plant's threat to humans.  However, it safe to assume that you should take precaution when handling this plant and ensure sap does not contact skin.

Poison hemlock looks a lot like another non-native carrot family member that many folks will recognizance as Queen Ann’s lace (Daucus carota), AKA wild carrot. Both plants have abundant clusters of white flowers at the tips of tall stems. However, poison hemlock is flowering now while wild carrot flowers closer to mid-summer. Poison hemlock can be easily recognized by its smooth, purple-spotted hollow stems and pungent odor when leaves are crushed. Whereas wild carrot’s crushed leaves have an odor similar to carrot and its stems are hairy, green and not hollow.

Both poison hemlock and wild parsnip are nonnative, invasive species that should be controlled when present. They both pose a potential threat to humans or animals and both displace native plants in natural settings. While neither typically show up as a common lawn or garden weed, these tall, imposing plants quickly invade unmowed ditches, fence lines and overgrown areas, as well as railroads, highways and other rights-of-way across Illinois, becoming more difficult to control as they form established colonies.

Most plants in Apiaceae are tall with clustered flower structures of abundant blooms. Other members of the carrot family, both native and non-native, pose similar threats as those mentioned herein. So, my best advice is to take caution when you encounter Queen Anne’s lace look-alikes. Be sure to seek out reliable sources for identification and control recommendations before interacting with any of these potentially threatening and deceptive characters.