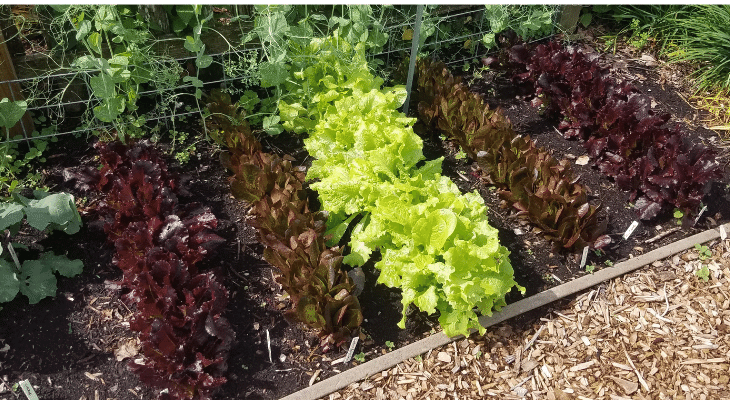 In the heat of July, it seems out of place to consider fall frost, but it is an important detail for vegetable gardeners planning a fall garden.  There are a variety of garden crops that can be planted in July and August for fall production, many of which are cool-season crops that actually perform better as temperatures drop in the late growing season.  However, planning now is required to ensure plants have adequate time to reach maturity prior to the season-ending frosts that are inevitable.

Dates and Timing to Consider

On average, the first frost in Champaign-Urbana typically occurs around October 15th each year.  So, without extra care to extend the growing season with frost protection, most annual vegetable crops will not make it much later in the season.  Gardeners interested in planting crops now for fall production need to consider the estimated first frost date, as well as the time it takes for a vegetable crop to mature to calculate the appropriate timing for fall planting.

Counting backward to today, we have about 75 days left in the growing season if you consider October 15th as our first frost date.   Many crops, such as tomatoes, will hardly produce a ripe fruit in that timeframe, but there are number of other veggies that mature more quickly and thrive in the fall weather.

Many seed packets or vegetable growing guides list “days to maturity” which typically refers to the time it takes from planting a seed to harvesting a mature crop.  Use this number calculate the planting date for direct seeding of specific vegetables varieties.

In some cases, seedlings may be available for sale this time of year, which can really narrow down the window of days required to maturity.  Broccoli and cauliflower are commonly sold as starts for fall gardens and you may find other cool-season veggies available in the next few weeks.

Some crops, such as lettuce and spinach, reach maturity much sooner and can actually be planted in succession over the coming weeks.  Most garden centers already have fall vegetable seeds out, as well as seedlings, although they are typically in shorter supply than spring, so don’t miss out.

In central Illinois, crops such as beets, carrots, and green beans should be direct seeded right now (early August) in order to reach maturity before our first killing-frost occurs. Others, such as kohlrabi, kale, turnip and winter radish can be planted in late August.  Spinach, leaf lettuce, and spring radish can be seeded anytime from now to mid-September.  So, succession plantings can be done each week for the next month or so to have a continual harvest until frost.  Some more cold tolerant crops, such as spinach and kale, are even noted to have improved sweetness after a frost occurs, extending their harvest beyond October.

One of the trickiest aspects of a fall garden is starting seeds or seedlings during the very hot and dry late summer months.  Hopefully, the rainy pattern we have experienced most of the summer with continue, otherwise, special attention will be needed to keep seedlings watered sufficiently.

When starting from seed, be sure to provide adequate moisture for seed germination, which can take 10 days or more depending on the crop.  As the first tiny leaves emerge, stay vigilant with watering since this is a time of high demand for water as the fragile root system works to support new above-ground plant parts.

In addition to the vegetable crops mentioned above, cover crops are yet another part of a well-planned crop rotation that can be seeded in the coming weeks.  These soil-building plants can be planted now to capture and retain soil nutrients that would otherwise be lost over winter.  In addition, a full canopy of foliage works to reduce weed pressure and any risk of erosion during the winter.  Consider adding a cover crop to garden beds that have already ran their course for the year or have some kind of insect or disease issue.  Most cover crops need to be started 4-6 weeks prior to our first frost. Which makes August or early September a great time to plant.

For more information on cover crops and their benefits, visit the Midwest Cover Crops Council (MCCC) at https://mccc.msu.edu.   The MCC webpage has a ton of great resources, including a selector tool that can help you choose the perfect cover crop and determine the exact planting dates for our region.