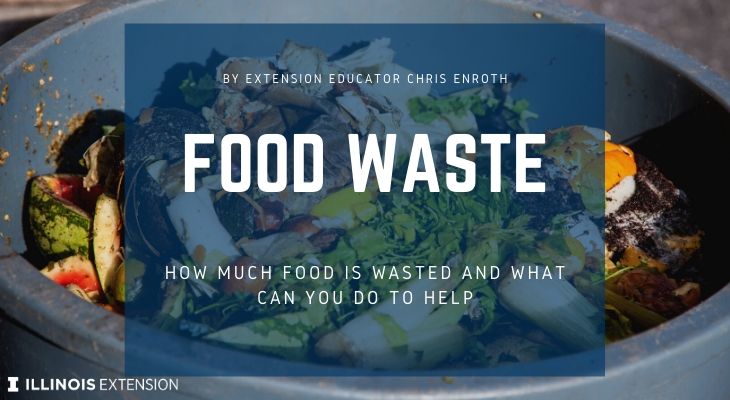 ‘Tis the season for…potlucks? That’s at least what it has felt like these past few weeks. Here’s the thing about potlucks – there’s always way too much food and you must try everything! To top it off, I throw out all the rules when it comes to making food for others to enjoy. I use lots of butter, salt, lard (if the recipe called for it) because I don’t want to serve something that tastes like a soggy Saltine. And I imagine, lots of other potluck-goers do the same.

We are lucky to live in a time and place where food is in such quantity that we often don’t think twice about throwing away uneaten food. Garbage bags become overburdened with half-eaten casseroles, hams, turkeys, salads, and so much more. I should know, I’m usually the one carrying out the garbage, praying the bag holds together long enough to get it in the garbage can.

Even as we celebrate the holidays and surround ourselves with abundance in family, friends, and food, it’s also important to remember, lots of our fellow global citizens, including 1 in 6 Americans, have little to no access to food now and throughout the year. Yet, when we look at the production of food in the United States, there should be more than enough to feed all Americans. So, where’s the food?

Some things to know about food waste in America

The USDA estimates that in the United States, 30 to 40 percent of the food supply is never eaten. Food loss comes from multiple causes. It begins on the farm where insects or disease infect a crop, or a vegetable is grown that the farmer cannot sell because of superficial qualities that don’t affect the taste, but people won’t buy an ugly veggie. Spoilage can occur in transport from farms to grocer or during processing. Then food sits on well-stocked grocery shelves, without being purchased, eventually getting tossed. And finally, the consumer often buys far more than they will eat and sends the extra food to the landfill. From a consumer standpoint, restaurants account for 33 percent of food loss in America, while households are the biggest source of food waste at 44 percent.

The biggest impact of food waste is losing these nutritious ingredients that could feed families in need. Food is also the largest component in landfills, generating methane, which is a major greenhouse gas and contributor to climate change. You also must account for all the land, labor, water, pesticides, and fertilizers that went into producing food that is never eaten.

What can be done to reduce food loss

If you’re reading this while slowly walking that half-eaten ham sandwich to the trash, don’t worry I’m not going to pop out of the screen and slap your hand. I don’t have kind of power…yet. But there are things you can do to help prevent food loss and they follow the all-familiar mantra of Reduce-Reuse-Recycle.

We can reduce the amount of food we purchase by budgeting our trips to the store or thinking out meals in advance. This is ranked as the most preferred option by the USDA to avoid food loss.

We can reuse food by working with local food recovery programs that take uneaten food from restaurants, farmers, or grocers to shelters or food pantries.

And we can recycle food through composting. In my home, we have a worm composter that we put leftover vegetable scraps, bread, coffee grounds, eggshells, and much more into the bin for the worms to turn into fertilizer for my garden and houseplants.

I hope this holiday season leaves everyone with full bellies and joy. Even with the massive problem of food waste, the solution lies in all Americans each doing a few small things to provide the solution. Now it is time to get ready for my next potluck. Somehow, I need to make this salad taste amazing. Ah yes! Lard should do the trick!

Good Growing Tip of the Week: Don’t have a food recovery program in your area? You can start one! I know a few people in Central Illinois that aren’t part of a large organization, they just hop in their car and pick up a few trays of pasta or salad from a restaurant and bring it to the nearby shelter once a week. There are also food recovery options to take leftovers to farms for livestock feed. I like to think of it as turning leftovers back into bacon.