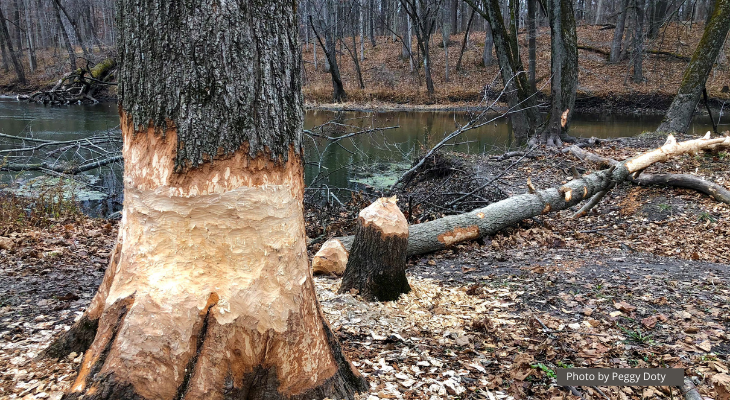 The Beaver Moon was at its fullest this morning at 3:30 a.m. CDT. My unreasonable alarm, set for 3:15 a.m. to view it, was for nothing more than a drink of water. Here in northern Illinois it was overcast and only my faith in the moon’s existence was clear. However, as I peered half asleep at the glowing cloudy sky, I realized that this same shrouded moon had been viewed by my ancestors, my friends, and everyone who has ever been awake in the darkness.

It was the Native Americans, all tribes, that first named the full moons of the year. The moon names were given to correspond with the seasonal efforts to sustain people. The first full moon of November, sliding in on the last possible day this month, was given the name Beaver Moon by the Algonquin tribes. It was a reminder to set traps for the semi-aquatic rodent with the warmest fur coat.  It would be the lifesaving blanket for the Lake Superior to New England winter ahead.

Beavers are incredible animals with many adaptations allowing for their destruction and construction skills. The latter is all about perspective I suppose.  Until the pressures of over harvesting, by the Native Americans and the would be new European settlers, they were a diurnal beast.  Though their brain maybe small and hyper focused on gnawing, they evolved slowly into nocturnal animals. Some believe it was a move on natural selections part to slow down the high harvested numbers.  Though we may not see the beavers as much as early Native Americans their calling card is obvious.  Trapping beaver today is all about reading the beavers address on the trees.

The moons in the Southern Hemisphere also have multiple names. These moons would represent seasons opposite our own.  The November full moon in the lower western half of the globe has names like Corn Moon, Flower Moon, or Hare Moon.  Our next moon in December is often referred to as the Cold Moon, while below the equator it is the Strawberry Moon.

When I was very small my dad showed me the Lady on the Moon.  I did not know there was a man on the face of the moon until much later when I was pointing Her out to someone else. It brings me great comfort to know my dad and I share the very same lunar light, although his view was better this morning.  There is only one earth and earth has only one moon. Both are to be shared with everyone no matter what we name it.