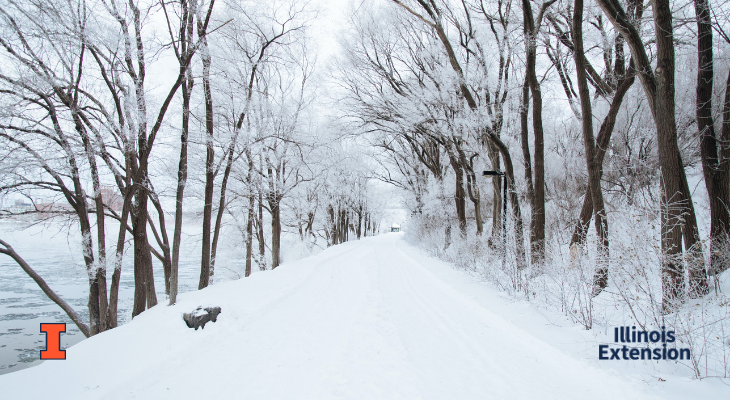 Many people have heard of Jim Cantore from The Weather Channel. He is even more of a weather geek than I am. In February 2011, the Midwest was hit with a very strong winter storm, and Cantore was in in Chicago reporting on its effects there. During one of his broadcasts, when it was snowing like crazy, there was a flash of light followed by thunder. Cantore was jumping around like a kid in a candy store and earned made him the title King of Thundersnow.

We usually don’t think of thunder and lightning occurring during a snow event, but it does happen under certain conditions. If you’ve ever experienced thundersnow, it’s usually when it’s snowing heavily and temperatures are near or slightly above freezing. These conditions can be an indicator of instability in the air.  Instability means there are pockets of air that want to rise, just like a hot air balloon does. Where air is rising, electrical charges can build up, which then may create an electrical discharge, or lightning. After lightning, thunder follows, if you’re close enough.

If you were to fly above most winter storms, clouds are relatively flat on top, indicating the air is not rising very high. In a thundersnow situation, you would see small pockets where the clouds are much taller than the rest of the cloud layer. In these areas, there is more instability, and this is the general area where thundersnow can occur. The instability likelihood causes heavier snowfall, as well. Some recent research has indicated that the heaviest snowfall is geographically separated from where thundersnow occurs.

Anyone living in areas where there is lake effect snow may have experienced thundersnow on many occasions. Lake effect snow can be very heavy at times and will be the topic of a future blog.