What are the Dog Days of Summer? 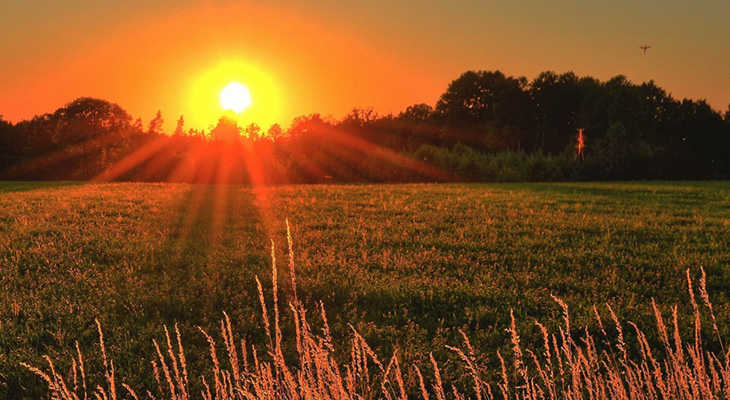 As we move through August, some folks will reference it as being the “dog days.” What are they talking about?

We associate these “dog days” with hot weather. But it does not refer to living dogs being uncomfortable in the heat. Instead, the term is associated with a bright star called Sirius (not the radio platform) that can be seen rising close to the sun. Sirius is one of the brightest stars in the night sky. Because of its brightness, in ancient times it was believed that it added heat when it was close to the sun. Even though it could not be seen during the day, the star is visible for a short time during its heliacal rising - or rising near the sun just before dawn - which occurs annually.

Why call it Dog Days?

Where does the Dog term come into play? Sirius is also known as the Dog Star, part of the constellation Canis Major.

Why is summer hot?

But what really does cause the higher temperatures of summer?

It’s not due to how close the earth is to the sun. As the earth moves around the sun, it is actually closest right after New Year's Day, usually January 3 to 5, when we’re fighting the cold and the effects of New Year's Day.

The higher the sun is, especially during mid-day, the more intense heating of the earth’s surface. High sun = warmer temperatures. There is also a little lag in when the highest temperatures are reached, so even though the highest sun angle is on the first day of summer, our highest average temperatures usually occur during the third week of July. Which is at the peak of the Dog Days.

ABOUT THE BLOG: All About Weather explores the environment, climate, and weather topics for Illinois. Get in-depth information about things your weather app doesn't cover from summer droughts to shifting weather patterns. Never miss a new post! Sign up for our email list.

MEET THE AUTHOR: Duane Friend is the Illinois Master Naturalist Coordinator and Climate Specialist with University of Illinois Extension, serving the organization in many roles since 1993. Duane provides information and educational programs to adult and youth audiences in the areas of soil quality, weather and climate, energy conservation, and disaster preparedness. These programs provide practical solutions for families, farms, and communities.  He assists families in creating a household emergency plan, farmers with the implementation of soil management and conservation practices, and local government officials and business owners with energy conservation techniques.