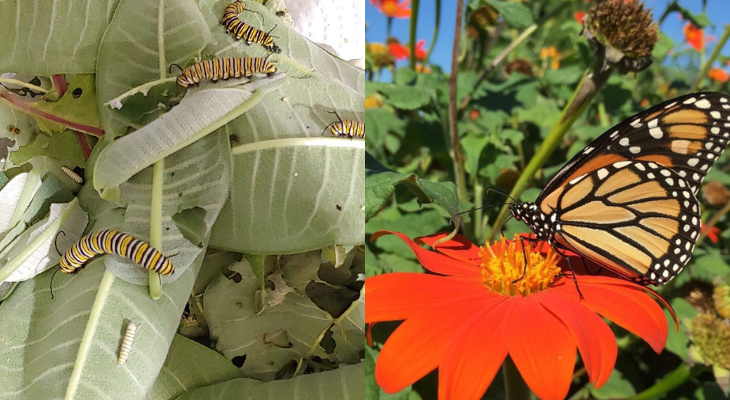 The yearly count of monarchs decreased by 53% in 2019 from the following year, says Allsup. "This most recent drop may not be directly correlated to our reduced milkweed numbers; drought and other environmental factors are also contributing to the problem; however, the decrease in the monarch population over time can be attributed specifically to a lack of milkweed for larvae." Milkweed is the only plant that monarchs will lay eggs on, and it is the sole food source for monarch larvae when eggs hatch. Read more on milkweed from Penn State Extension.

In December of 2020, monarch butterflies were eligible to be added to the Endangered Species List. Instead, they were added to the waitlist. “Getting put on the candidate waiting list is better than getting denied,” says Center for Biological Diversity conservation biologist Tierra Curry, quoted in a recent Smithsonian Magazine article. In response, the Illinois Monarch Action Plan attempts to grow the number of milkweed plants substantially.

The plan addresses four sectors of land in Illinois: agricultural, urban, natural areas, and roadsides. Its goal is to plant 150 million new milkweed plants by 2038.

"Every stem will help," says Austin Omar, Illinois Farm Bureau associate director of natural resource policy and leader of the agriculture sector committee. He notes that it is important that residents of Illinois document their monarch habitat that they may be planting or stewarding through various ongoing programs, so they can be counted, and so monarch conservation progress can be tracked. Some of these programs are listed below.

There are many ways individuals can help rebuild the monarch population, Allsup says.

"Every stem of milkweed and garden nectar source planted will contribute not only to the survival of the monarchs, but also many other wildlife, pollinators, and birds," Allsup says.