How Native is Native? 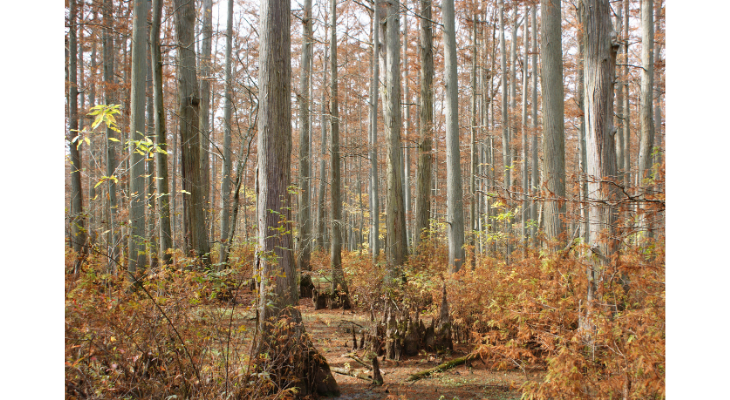 The term native often means different things to different people.  Most definitions draw a line between geography and time scale which typically is demarcated by the point of human intervention or influence on the landscape. I really like this definition from the Forest Service in 2012, “A native plant is an endemic species that occurs naturally in a plant community, ecosystem, ecoregion, or biome habitat without direct or indirect human involvement.”

However, this definition is too broad for some. Most of us agree that human influence at the landscape level was a point in time at which many native species’ home ranges began to change.  But where is the geographic boundary for a native species?

The question of what geographic area encompasses “native” certainly varies among plant people.  For some, ecosystem or ecoregion are far too broad, perhaps even state lines are too much.  I know a gentlemen in Ford County that has spent decades collecting seed from very local, remnant prairie plant communities to reconstruct a prairie on old pasturelands.  It’s safe to say that much of his seed came from Ford County or a neighboring county, so state lines are far too broad to suit his preference for “native”.

In this case, his goal in collecting very local seed was to preserve local genetics, or the local “genotype” of each species.  Individuals within a plant species can vary in the genes they express and, over time, local populations of a species tend to have slightly different characteristics than other populations based on the influence of local climate and selected genes. This is a case where extremely local genetics were collected, but many folks interested in prairie restoration accept a several hundred mile range to ensure the plant genetics are adapted to the local climate.  So these are two views of “native” that vary widely by geography.

For me, I tend to draw my definition of native with state lines.  In most plantings and restorations I have done over the years, I’ve focused on Illinois native plants.  But there are questions that arise in this distinction as well.

Bald cypress (Taxodium distichum) is an Illinois native tree and one of the best performing plants of both urban plantings and natural areas across Illinois.  However, this plant is only native to the extreme southern tip of Illinois, existing exclusively in forested wetlands between the Ohio and Mississippi rivers.  While it does wonderfully in much drier conditions, or even the compacted soils of the urban landscape, it simply cannot compete in the plant communities of central and northern Illinois without human planting. So, should this species be considered native here in central Illinois?  Does it hold the same ecological benefit here as it would for a wetland restoration in Alexander or Pulaski County?

In the face of climate change, a new definition of native may begin to emerge for some species.  Recent research suggests that anywhere from 25% and 85% of species may already be changing their home ranges as our climate warms.  As near-native species slowly expand their known home range, do they become more native in new areas?

Since trees are such long-lived plants, often out spanning a human lifetime, there is a need to start planning for a changing climate within tree populations planted today.  Some of this conversation has centered on a shift in genotype as opposed to an all-out shift in species.  Many foresters and plant ecologists are beginning to look toward more southern genotypes of individual species as opposed to an all-out shift toward a new species with a more southern range.  Where the current recommendation is to source plants with genetics from individuals within 200-300 miles north or south of the planting location, future recommendations may shift that circle to a more southern distribution.

With all of these questions, we all must arrive at our own, individual definition of native.  Regardless of any more specific distinction drawn, we know that native plants have a greater benefit to native biota.  Understanding that concept and relating it to plant choices is the first step in creating a positive human influence on the landscape and preserving biodiversity.