It's time to think about corn nematodes 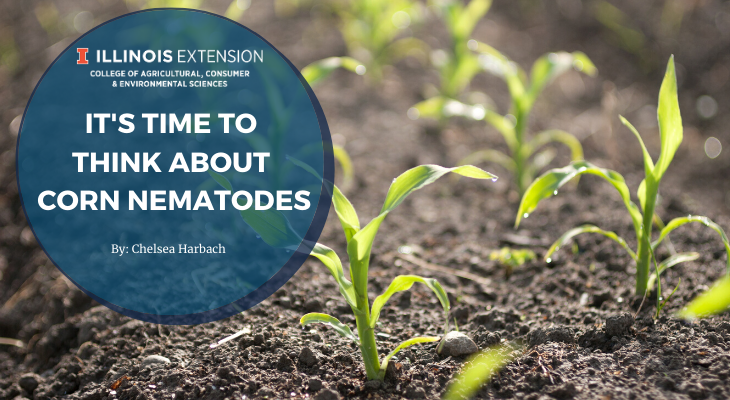 The spring 2020 planting season season is moving right along, and as such, fields all over the state have great corn seedlings up and thriving. With the emergence of the new crop comes all of the concerns and worries that farmers must contend with throughout the growing season. Among those concerns should be corn nematodes.

With over a decade passed since the last survey, Dr. Nathan Kleczewski (Extension Field Crops Pathologist & Assistant Professor, Dept. of Crop Sciences) has initiated a new survey of corn nematodes in the state. And now is the time to think about contacting your local Commercial Ag Extension Educator about sampling!

The optimal time to sample for corn nematodes is when corn seedlings are between V4 and V6. The goal is to have 1-2 fields per county sampled to assess corn nematode populations across the state. Soil samples will be processed at no cost to the grower.

If you are interested in be a part of this survey, please contact Dr. Kleczewski: nathank@illinois.edu or myself: harbach2@illinois.edu.