The harsh reality of the Bradford Pear 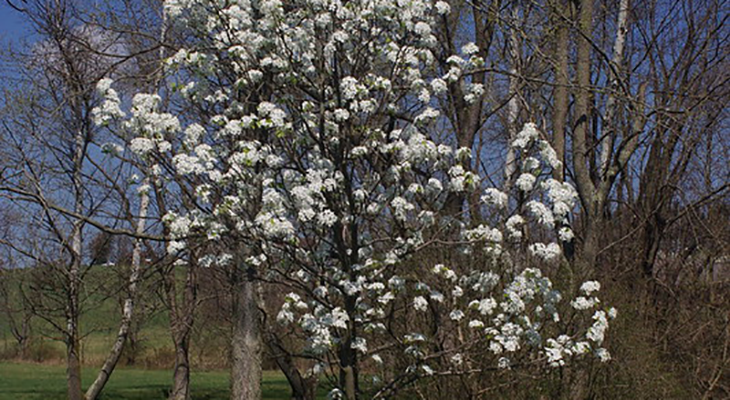 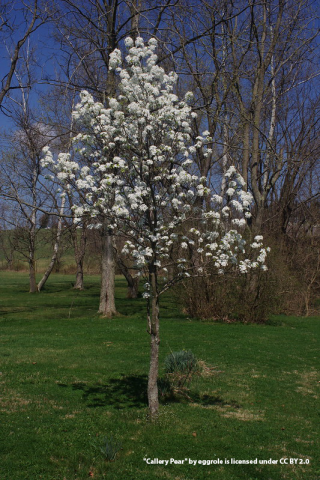 These few weeks in April bring an onslaught of spectacular spring colors from blooming tree and shrub species. As many forsythia, quince, and magnolia blooms fade and leaves appear, some redbuds, dogwoods, and crabapples are just beginning their performance. A very common spring flowering tree species is the Callery or ‘Bradford’ Pear (Pyrus calleryana). It comes under different cultivar names including ‘Aristocrat’, ‘Cleveland Select’, and ‘Chanticleer’.

Interesting facts to know about the Callery Pear:

By the 1950s the Bradford Pear was widely planted as a popular new ornamental.Though individual cultivars are considered self-sterile, they can cross-pollinate to produce fruits and large amounts of viable seed. Because this pear species is adapted to a wide range of environments, it easily spreads and establishes in both naturalized and disturbed areas. In addition to aggressively spreading, the Bradford Pear is notorious for its structural weaknesses. The tree’s narrow branch angles become prone to breakage in wind, snow and ice, limiting its ornamental practicality. Many cities in Illinois and other states no longer permit the planting of Bradford Pear, some states even listing it as officially invasive.

Though none of this spells good news for owners of this species, some may take solace in becoming acquainted with alternative species for replacements if the time comes.

Alternatives options for the Bradford Pear:

These are all wonderful choices given suitable site conditions. It’s always good to consider the existing tree species in your neighborhood or area so you can add diversity in planting. For more information from Morton Arboretum, see this factsheet on Callery Pear. For help selecting tree species, use the website Selecting Trees for your Home from Illinois Extension. 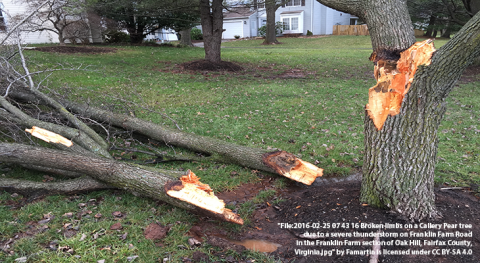