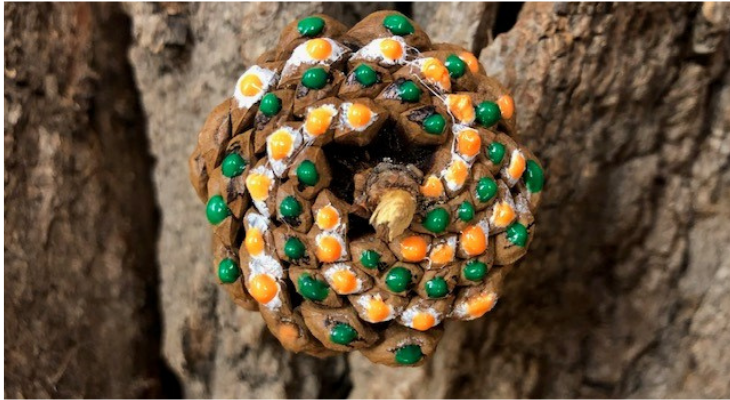 Of all the natural shapes, spirals are considered one of the most common in nature. We find spirals from giant galaxies down to the smallest gastropod shells.

Spirals shape who we are in our DNA double helix and appear in weather patterns as in hurricanes. One spiral giving us incredible potential and the other able to take it all away.

I find spirals to be the most mesmerizing shape of all the natural possibilities. I trace them with my finger on pinecones, gastropod fossils, fern fiddleheads, or even a pineapple at the grocery store. They seem so efficient and compact as well as predictable, all things I appreciate. 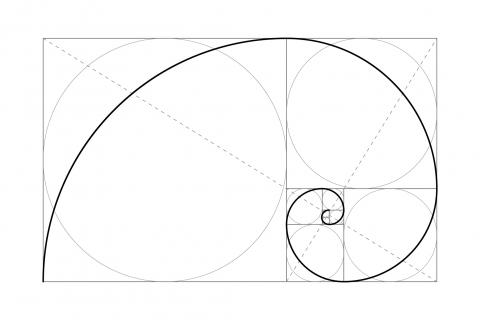 In college, my roommate pointed out my fascination with spirals in nature was based on math equations. I was not excited. She was a math major and I studied wildlife. Unless it was geometry and shapes, math requirements were my nemesis.

She then explained how many of nature’s spirals were based on logarithmic sequencing. She introduced me to Fibonacci numbers as we stared at the center of a sunflower. I was hooked!

Fibonacci was an Italian mathematician. I remember she said scientists believe about 90% of spirals follow Fibonacci numbers.

The Fibonacci sequence of numbers happens like this: each successive number is equal to the sum of the two preceding numbers.

The bracts growing around the base of a pinecone are in a spiral pattern. They can be counted clockwise and counterclockwise. Going clockwise my pinecone has 8 spirals but if I go counterclockwise, I find 13 spirals. Both 8 and 13 are Fibonacci numbers and their sum 21 is the next number in the sequence.

When you look at a plant or animal see if you can find spirals. Count them one way, and if possible, the other and see just how many Fibonacci spirals you encounter. I promise after reading this you will be on a mission that is hard to stop.

ABOUT THE BLOG: Naturalist News is a blog by University of Illinois Extension Master Naturalist staff and volunteers who bring you stories highlighting the individuals, places, wildlife and plants that make this state amazing. Join us each week to learn something new, be inspired and become connected to your own community by recognizing the amazing ways we are all intertwined.