The Many Benefits of Ginger 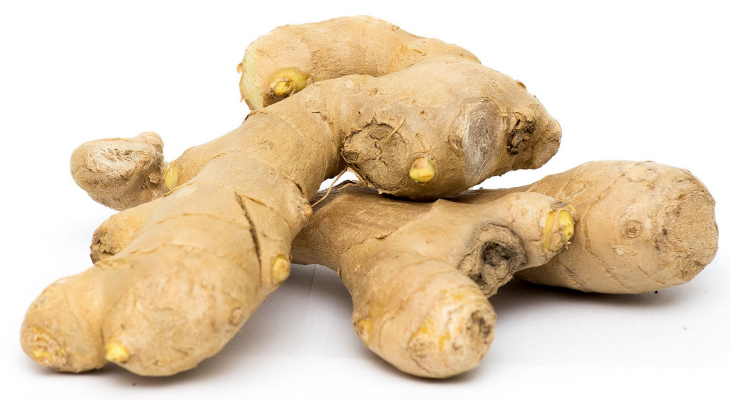 Fresh ginger is one of the most common spices used in the world. It’s believed that Indians and Chinese were the first to produce ginger root where it was primarily used to treat many ailments. While not really a root, ginger is in the same family as turmeric, both of which are grown for their rhizomes, an underground stem that sends out roots or shoots. The rhizome is the part you eat.

While many medicinal herbs and spices have little scientific evidence to support their claims, ginger does have some compelling evidence of having beneficial health properties. Data suggests that ginger may exhibit anti-inflammatory effects and is effective in alleviating symptoms of nausea and vomiting. It’s also being studied for it’s protective role against cancer and cardiovascular disease, though no conclusions can be made at this time. While ginger, in a supplement form, is generally recognized as safe by the Food and Drug Administration, it’s always important to talk with your physician before taking any type of supplement as there’s the possibility of interactions with medications.

Use ginger in a variety of methods, including fresh, pickled, candied, dried and/or ground into powder. Ginger powder is used in the classic gingerbread recipe and is commonly found in curry powder. Fresh minced ginger packs powerful flavor in homemade salad dressings, stir-fries, marinades, smoothies or applesauce. Avoid choosing ginger that is dry, shriveled or soft. Peel the tough skin with a vegetable peeler or even a spoon, and then slice or mince with a knife. If left unpeeled, ginger will keep in the refrigerator for up to three weeks. Once you start using fresh ginger in recipes, you’ll be hooked and will never omit it from a recipe again!

Roughly chop carrots. Add carrots and remaining ingredients to food processor or blender. Process until smooth. Store dressing in sealed container in the refrigerator for 4-5 days or freezer for 1-2 months.
Yield: 12 servings (2 Tablespoons each) or about 1 ½ cups