The Secrets of Sour Cream 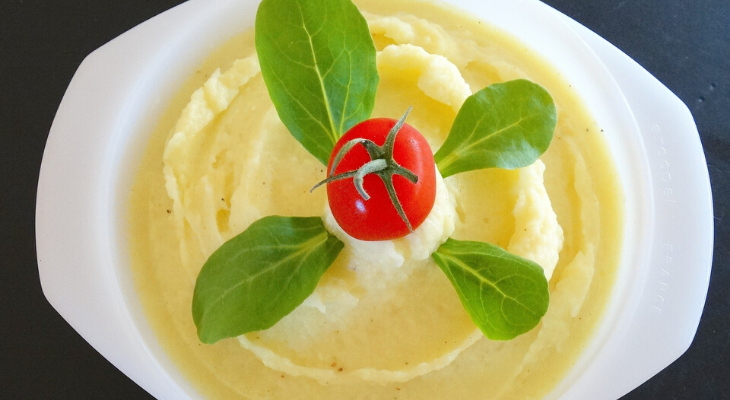 Sour cream has so many uses that it’s often a refrigerator staple from January to December. It adds richness and acidity to both savory and sweet dishes. It’s similar to it’s substitutes, yogurt or crème fraiche, yet remains a distinctive ingredient.

Sour cream is a fermented dairy product made by adding lactic acid bacteria to pasteurized cream. This bacterial action thickens the cream and adds a tangy flavor. Crème fraiche is a French product with a little higher fat content, traditionally made from unpasteurized cream that naturally contains the right bacteria to thicken it. (Here in the states, we use pasteurized cream and add bacteria to aid in fermentation and thickness). It’s less tangy, more nutty. Yogurt, on the other hand, is made by fermenting milk, not cream. It has the least amount of fat, and is the only one of the three that preserves the gut healthy bacteria (probiotics) since the culture is added after pasteurization. Unfortunately, sour cream is re-pasteurized after the culture is added, which kills the probiotics.

Use sour cream as a condiment on top of potatoes, nachos or chicken tortilla soup. It can also be an ingredient in dips, salad dressings, deviled eggs and various vegetable salads. Sour cream can make a nice sauce, but it’s sensitive to heat and will curdle, so add it toward the end of cooking time. However, it stands up well in baked goods. Refrigerate sour cream and use within three weeks of the sell-by date.

Place potatoes in a large stock pot with chicken broth. Add enough water to cover potatoes. Bring to a boil; reduce heat and simmer, uncovered, for about 10-12 minutes, until easily pierced with a fork. Drain and place in a stand mixing bowl. Mix until smooth, about 1 minute. Heat milk and margarine in a saucepan, until margarine melts. Slowly pour milk mixture to potatoes and add sour cream, pepper and salt. Using the whipping attachment, whip for 1 minute or until fluffy. Serve warm topped with chives.