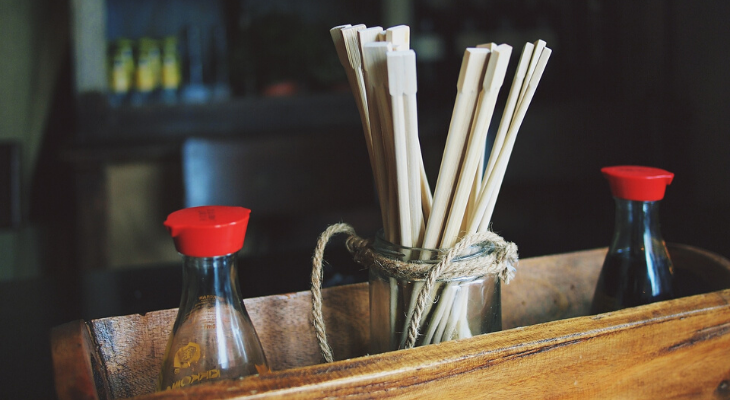 If you enjoy Asian cuisine, you likely are a fan of soy sauce. This condiment originated in China over 2,000 years ago and is a staple ingredient in many Asian countries. This salty liquid is made from fermented soybeans, roasted wheat, and of course, lots of salt.

You may have wondered about tamari sauce, as more recipes are calling for tamari sauce as a substitution for soy sauce. Most tamari sauces are made like soy sauce, but without the wheat, and therefore gluten-free. Enjoy soy sauce to flavor foods, but lower the sodium by not adding salt or salty ingredients along with it.

Cooked rice or noodles for serving

In a small bowl, whisk together soy sauce, rice vinegar, wine, brown sugar, ginger, garlic and cornstarch; set aside.  Heat oil in a non-stick skillet over high heat and add the chicken and red pepper. Cook, stirring occasionally until chicken reaches 165°F as measured by a food thermometer. Add prepared sauce and cashews; heat until sauce begins to boil. Lower to medium-low heat and cook until sauce thickens. Serve over rice or noodles.