A2: A New Milk on the Market 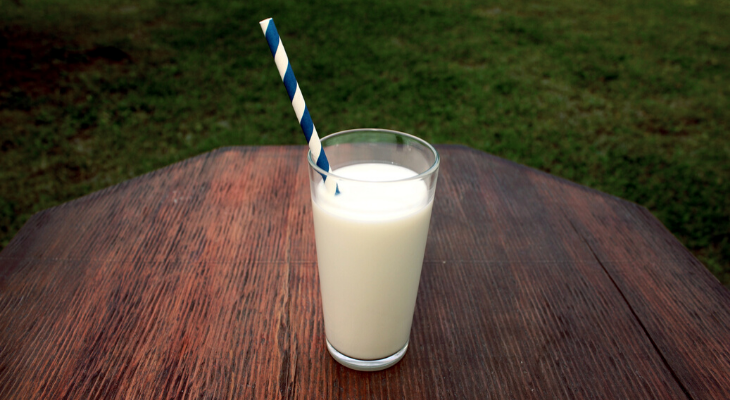 Some of you may have noticed a new milk on the market, known as “A2 milk.” This is not one of those alternative milks, such as almond, rice, or soy, but rather it is an alternative type of cow’s milk. The claim is that A2 milk is “easier on digestion.” A2 milk supporters recommend it for those who think they are lactose intolerant. They believe that for some people, it may not be the lactose in the milk that is giving them gastrointestinal distress, but rather a type of protein called A1 beta casein found in regular and lactose-free milk.

There are a number of different proteins in milk, including casein. The particular protein, beta casein, has two forms: A1 beta casein and A2 beta casein. Regular cow’s milk has a close 50/50 distribution of A1 and A2, depending on the breed of cow. However, A2 milk is produced from a unique cow whose gene mutation has resulted in only producing A2 beta casein, no A1. This doesn’t change the look or the taste from regular milk.

Whether or not digestive discomfort stems from protein intolerance rather than lactose intolerance is up for debate. There is very little scientific data to support the claim that A1 beta casein is the cause of gastrointestinal distress. The few studies that compare the effects of A1 and A2 are limited and mostly done on rats rather than humans. More large-scale human studies are needed to support this protein intolerance theory. The good news, though, is the nutrition and health benefits of A2 milk are the same as regular milk, so whichever one you choose, you will be reaping the rewards. If you experience discomfort with regular and lactose-free milk, it won’t hurt to try A2 milk. It just isn’t necessary for the mainstream.

Place tea bag in a mug and pour boiling water over it. Let steep 2-3 minutes. While tea steeps, add vanilla and cinnamon to milk. If you have a milk frother, froth the milk according to the manufacturer’s directions. If no frother, warm the milk in the microwave for 45 seconds. Remove tea bag from mug and stir in honey. Add milk mixture to sweetened tea and sprinkle with cinnamon.