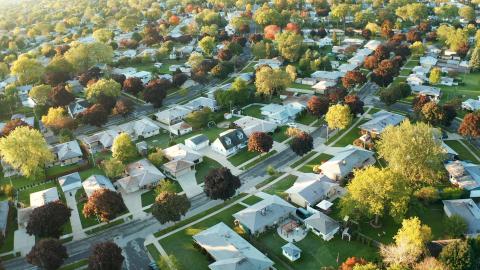 URBANA, Ill. – In neighborhoods lacking tree cover, residents suffer poorer health and incur hundreds of dollars more in medical costs than neighbors on leafier blocks. That’s according to a new University of Illinois study of 5 million Americans over a 13-year period.

Leveraging data from the Kaiser Permanente Northern California (KPNC) network, the study linked individuals’ medical care and costs with greenness in a five-block radius around their home address. After taking into account income and other factors, the researchers found people with the fewest neighborhood trees carried a greater burden of disease and incurred $374 more in medical costs per year than those living in the greenest sectors.

“For study participants living in the most barren surrounds, that $374 surtax translates to roughly $194 million annually in potentially avoidable medical care costs,” says Ming Kuo, director of the Landscape and Human Health Lab in the Department of Natural Resources and Environmental Sciences (NRES) at U of I, 2018 Heinz Award winner, and one of the lead contributors on the study.

Read more from the College of Agricultural, Consumer & Environmental Sciences