What COVID-19 means for your dinner table 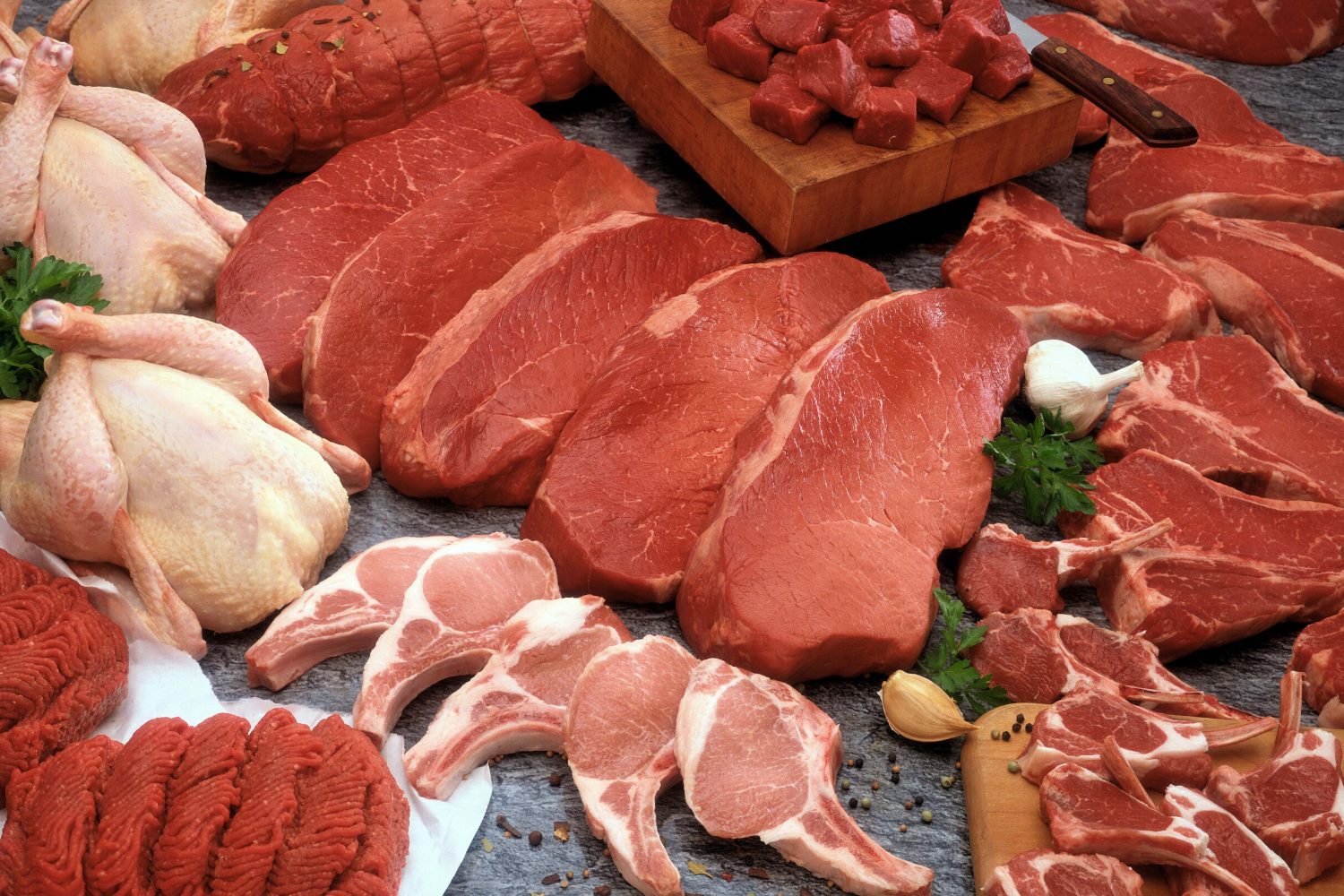 Headlines about dairy farms dumping milk and livestock being euthanized are a sharp contrast to empty meat cases. The novel coronavirus outbreak has disrupted the nation’s food supply chain, resulting in increased prices for panicked shoppers and major losses for Illinois farmers.

The usual rules of supply and demand between farmers and consumers have been disrupted by a problem with the middleman: processing plants and slaughterhouses.

“Our system is so efficient and streamlined that everything moves at the same flow,” says Travis Meteer, a University of Illinois Extension commercial agriculture educator. “But when you have a kink, all of a sudden, that flow stops.”

Meat processing plants are considered critical infrastructure and have remained open. But with several commercial packing plants in Illinois closed or working at a reduced capacity, thousands of cattle and pigs are waiting to be processed. Small-scale regional processors are still operating, but most are booked well into fall.

Cases of COVID-19 in the work force have forced plants to close to follow CDC recommendations for cleaning and inspections, and some staff are simply not reporting for shifts out of fear of getting sick, Meteer says.

“The price of meat is going up but the price [farmers] are receiving is going down,” Meteer says.

The beef cattle industry nationwide is projected to lose $13.6 billion due to COVID-19. Those who can find a buyer are taking losses of $216 to $146 per animal. Illinois Extension commercial agriculture educator Teresa Steckler has heard as high as $700.

Livestock managers can use different feeding strategies to hold animals at a certain weight or slow gains until processing plants are ready.

“With packing plants closed, fat steers are sitting in the feedlot with nowhere to go,” Steckler says. “So, you have to keep feeding them.”

Holding and feeding market-ready animals incurs extra costs producers may not be prepared for. At Southern Illinois’ Dixon Springs Agricultural Center, where Steckler works, recent dry falls and cool, wet springs have reduced the quality of the local hay supply. "Some of these guys are finding that their supply of feedstuff is dwindling,” she says.

And as shoppers’ food budgets shrink, they are buying less expensive cuts, such as hamburger, over prime cuts, resulting in less profit for producers. Dale Hadden runs a grain and cattle farm with his family in Jacksonville and serves on the Cass-Morgan County Farm Bureau board.

“There’s not a place to market our calves, so we continue to hold them with grass and hay and get them to weights a little heavier than usual,” Hadden says. He’s also looking ahead to September when he’ll be selling most of his 280-head herd. “If this doesn’t turn around, that’s going to have a huge impact on how I generate any income.”

Dairy: In the U.S., 60% of butter goes to restaurants. When schools and restaurants closed to slow the spread of the virus, the sales of food-service dairy products plummeted, and there were suddenly too many cows producing too much milk.

Hadden says dairy manufacturing facilities are set up with lines to package milk into jugs for grocery stores, cartons for schools, or bags for food service. Dairy has a short window for processing and there are only so many gallons that can be held. “They’re dumping it because the processors don’t have demand for those products,” Hadden says.

Pork: The Illinois pork industry contributes an estimated $13.8 billion to the state's economy, according to the Illinois Pork Producers Association.

Toni Dunker is a price risk manager with Advance Trading in Quincy. She works with hog farmers to sell pigs for the best price once they reach market weight, starting around 260 pounds. As of April 28, plants they ship hogs to were working at a 60% capacity.

“That hog continues to grow every day, and once it gets past a certain size, they can no longer process it,” Dunker says. “It’s too big for the equipment.”

Hog producers have a tight timeline to maintain productivity and safety for their animals. They cannot be held like cattle, leaving some producers with no other option but to euthanize animals. Holding market-ready swine also means there are fewer places to raise piglets, reducing the future supply, Dunker says.

Wholesale egg prices jumped from 94 cents to $3.01 a dozen from March to April. The demand for consumer eggs has skyrocketed with people cooking and baking at home more, causing grocery stores to limit shopper’s purchases.

“There has also been a disruption in the supply of cartons,” Koelkebeck says. “Demand was so high and there’s only two or three companies that make these cartons. They couldn’t keep up.”

Egg plants are highly automated and need fewer workers, so they haven’t had issues with shutdowns like pork and beef plants. With dozen-sized cartons in short supply, eggs are stockpiled at plants on 30-count flats, which usually go to restaurants. Now, some eggs may be sold in generic, unlabeled cartons.

Poultry: Some states have culled flocks of laying hens because of the lack of demand of eggs from the service industry.

Illinois does not have any commercial poultry processing plants, so chickens and turkeys are trucked to Iowa or Indiana. Illinois farmers raise 5 million turkeys a year under contracts with companies. They have scaled back poults by 15%.

“It’s more of a market disruption rather than completely shutting down,” Koelkebeck says. He expects as pork and beef products become less available, consumers will buy more poultry, so producers will raise more birds.

Why are livestock being euthanized?

Euthanizing livestock is a worst-case scenario for farmers. “These are hard decisions for producers to make,” Meteer says. “That’s a farmer’s nightmare; to euthanize an animal they put care and money and time into, and not see it turned into a food product that nourishes someone.”

Farmers are spending more money to feed and care for animals, with no guarantee they can sell, and at what price. If an animal continues to gain weight, it can also increase risk of lameness, Meteer says.

Dunker says her daily conversations with swine producers have changed from how many pigs will be heading to processing plants to how many loads have been canceled.

“It’s such a challenging time for farmers emotionally, because their focus is to make sure that pig, from the time it’s born to the time it leaves, is healthy and vibrant.” Now, they must consider the unimaginable. Hadden says cattle farmers have options with calves, but for full-grown cattle already on feedlots, producers are calling processors as far away as Colorado.

What’s next for consumers?

Beef and pork suppliers have a backlog of frozen product that is making its way onto shelves, but there may not be as much variety as in the past. Some stores are limiting meat and egg purchases to prevent stockpiling.

Illinois has the third most farmers markets in the nation, most of which will open in May with new regulations in place. Shoppers can find locally produced meats there or even purchase a side of beef directly from a local butcher.

“It gives us a nice market to move some of our animals,” says Hadden, whose direct sales have already doubled this year. Consumers have called wanting to buy freezer beef because they can’t find it at the store and they’re willing to wait for it to be processed locally.

“Is that pragmatic for the entire U.S.? No, but for people in more rural areas, it is,” Steckler says. For some, this may be a chance to try plant-based meals, grow a victory garden, invest in a community-supported agriculture subscription, or raise backyard chickens.