Winters in the late 70s were ones to tell your kids

I’m now at the point in my life where I know others look at me and think I’m old. For truth in advertising, I’m currently 61; actually 61 ½, but the pleasure in saying the ½ left many decades ago.

I can talk about my weather experiences with a sense of sage nostalgia. Case in point, I lived through the winters of the late 1970s in Central Illinois. The last three winters of that decade are remembered, though likely not fondly, by anyone who was around.

The winters of 1976 to 1979 were very cold and snowy. January was a particularly cold month during that time, although February was not too far behind, as the graphs show. I used the Havana station because that’s not far from where I grew up. 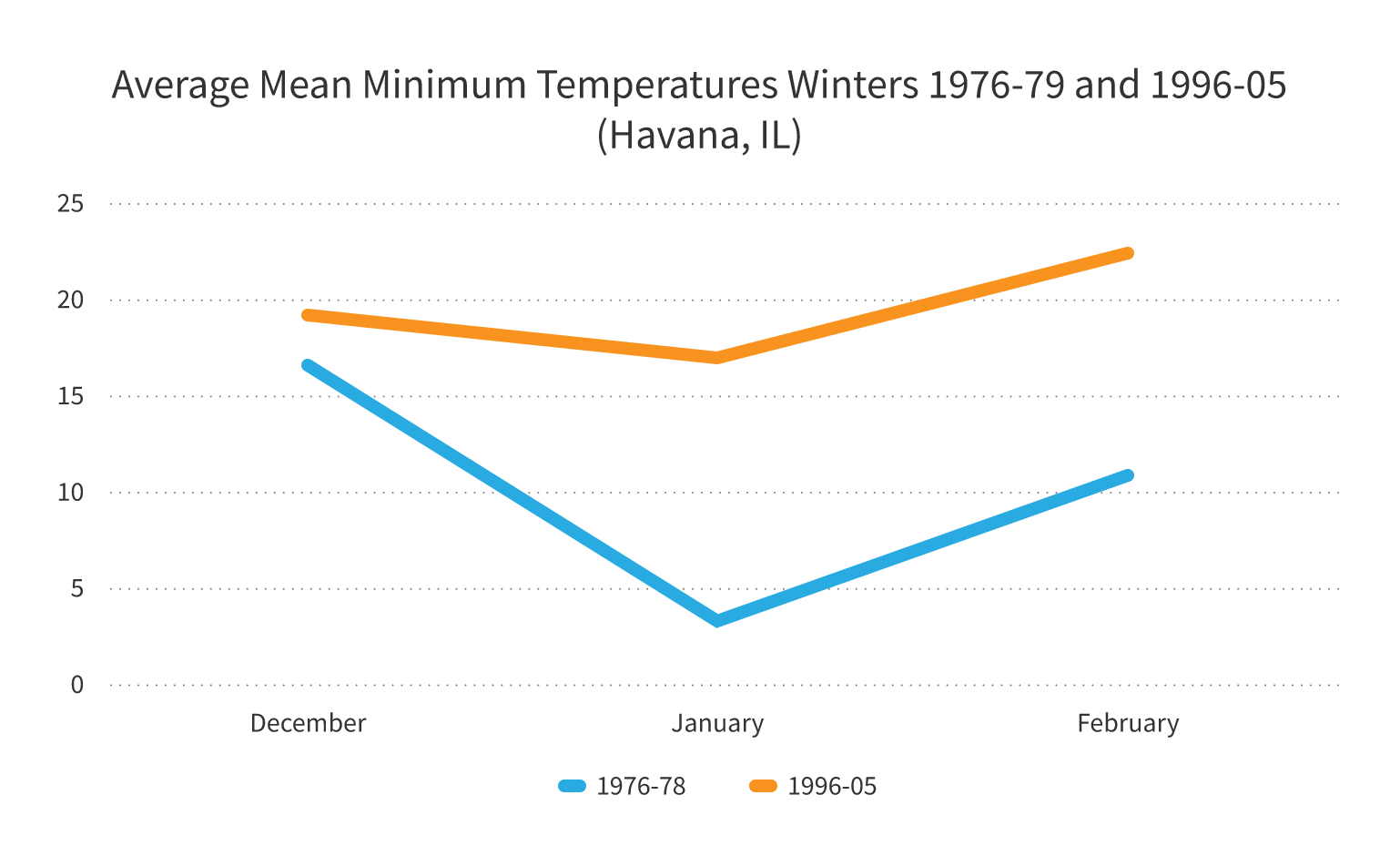 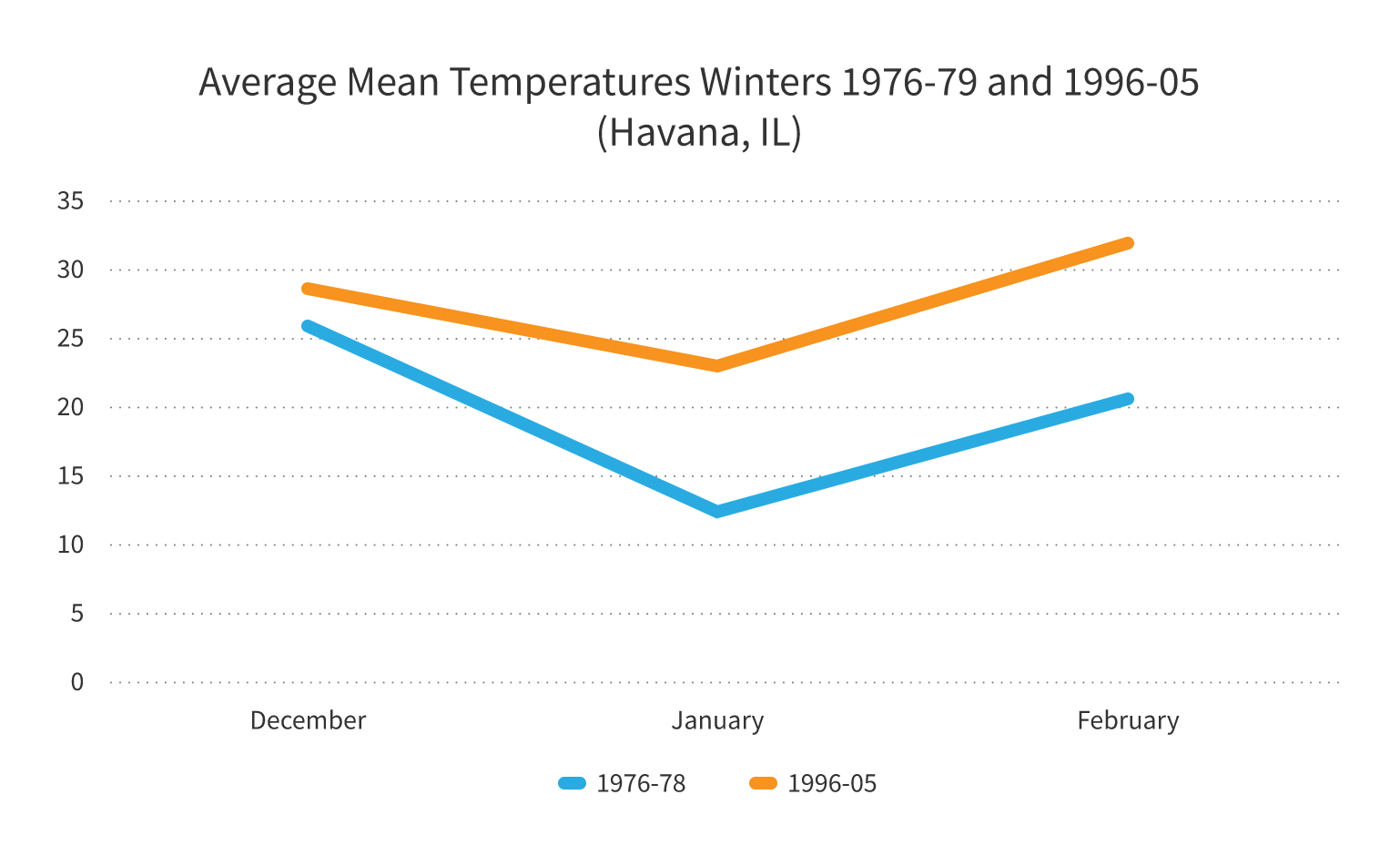 Mean minimum temperatures for the period in January average only 3.3 degrees Fahrenheit, compared to the 17 degree average from 1996 to 2005.  This can also be seen in the Very Cold Nights chart from the National Oceanic and Atmospheric Administration (NOAA). 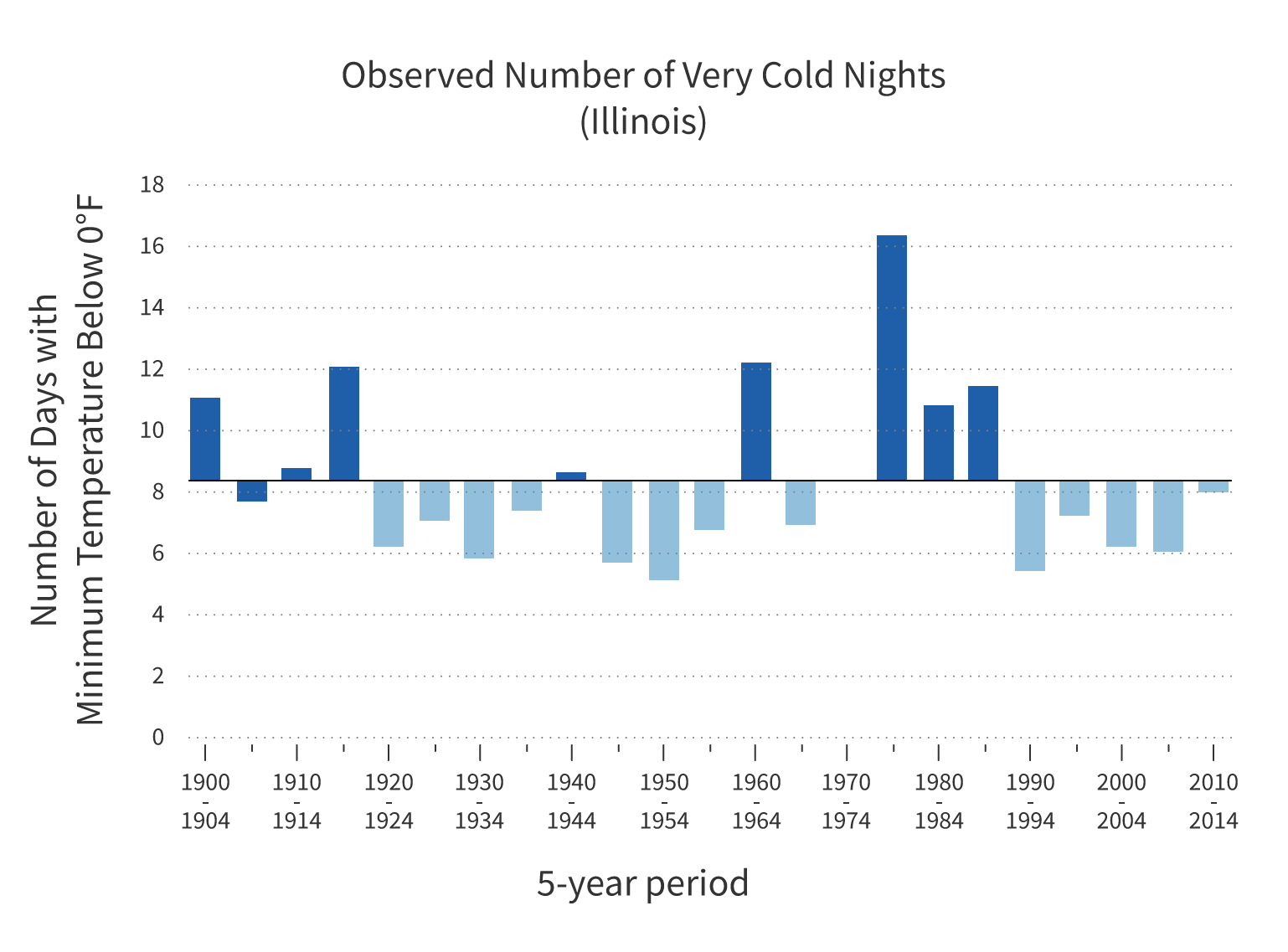 So what, you ask?  When you look at longer term trends, those years were just a blip in an overall trend of warmer winters that started decades ago, as the chart for Illinois from NOAA below shows. The chart is showing average December to February temperatures. The big dip is the 1976-79 period. 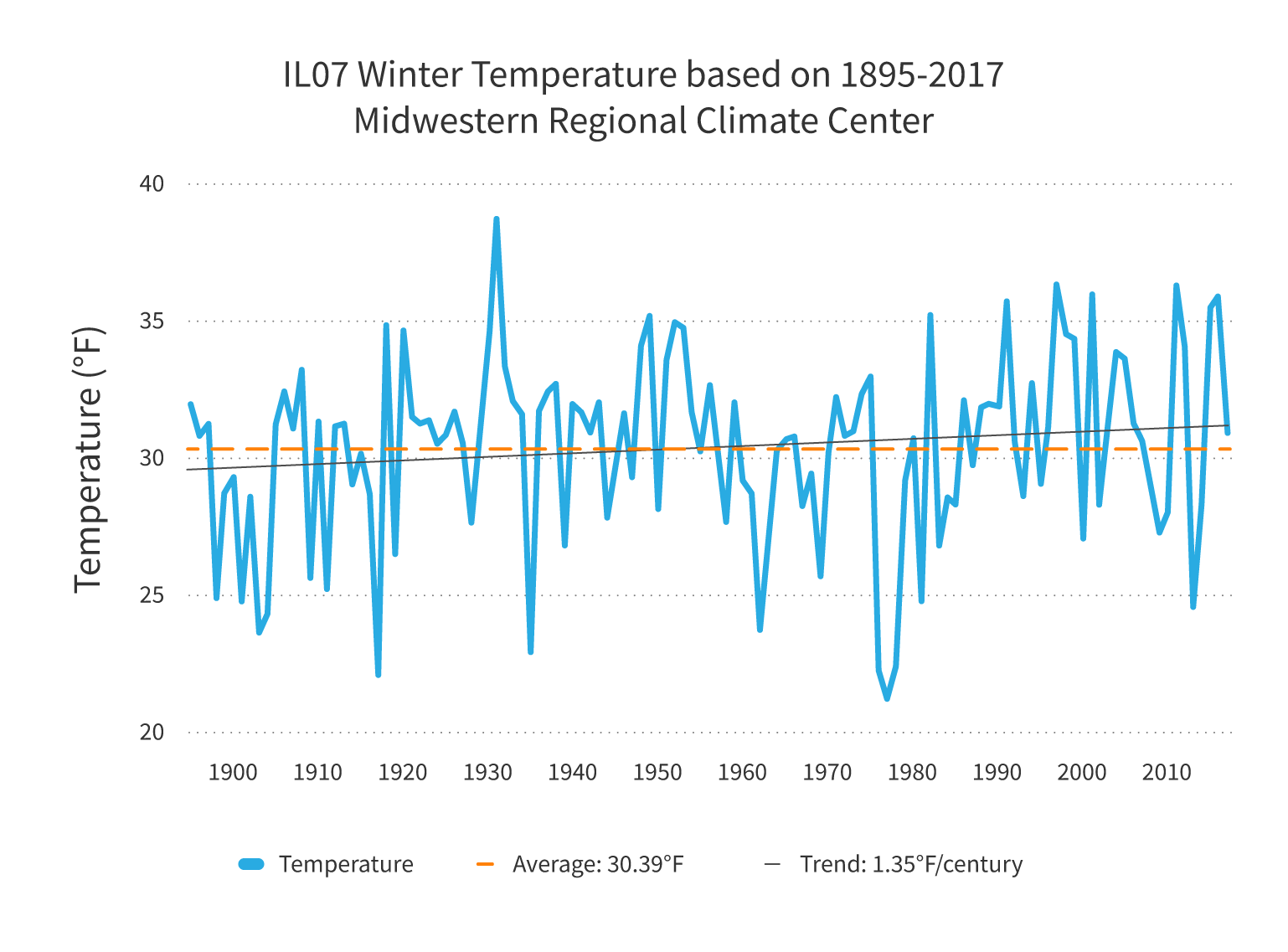 The trend overall for that period has been for warmer winters. This has been especially true from about 1980 on. Even with the cold weather we experienced this year in February, the December to February average will probably still be near normal to above normal. The trend is expected to continue. So, those of you young-uns today can likely talk to your kids and grandkids about the "cold" winters you lived through compared to what they may grow up with.