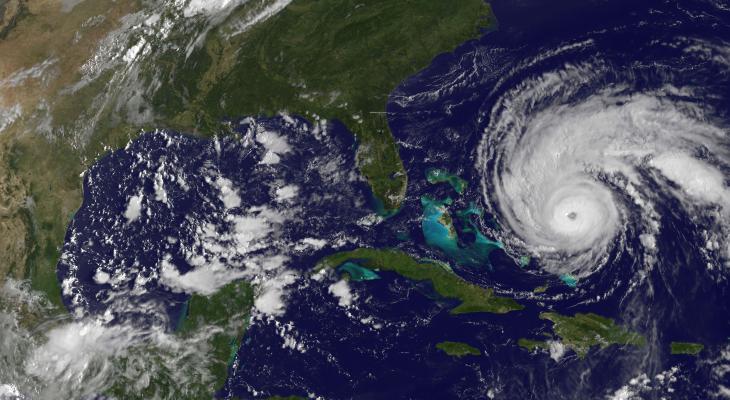 At the writing of this post on September 2, we are in the average peak week of hurricane activity for the Gulf of Mexico. Remnants of hurricane Ida are drenching the East Coast, and a new hurricane is currently out in the Atlantic.

The Earth’s weather is a complex system of winds, moisture, and heat. Hurricanes are a good example of all of these. They move huge amounts of heat from the hot tropics to the milder middle latitudes.

What makes them form, and how do they move heat? I’m so glad you asked!

Hurricanes that hit the United States either form in the Gulf of Mexico or start just off the coast of Africa. Especially for those in the Atlantic, they first are just a weak area of thunderstorms called an Easterly Wave. The Easterly part is because they form in the area where winds move from east to west, which occurs from about 30 degrees north and south latitude to near the Equator.

Because of Earth’s rotation, the incoming surface air takes on a spiraling inward motion. North of the Equator, the inward spiraling is counterclockwise. The spiraling motion doesn’t occur right on the Equator. Yes, the earth is still rotating there, but the laws of nature don’t make air spiral there. You will never see a hurricane right on the Equator. I will write a separate blog post to explain all of that.

Ingredients for a hurricane

For those storms to grow into a hurricane, several things need to be in place.

Why is the first week of September the peak for hurricane development in the Gulf?  Because that is when water temperatures there are the warmest. Large bodies of water typically lag behind the high and low sun by about two months in their high and low temperatures. The high sun for the Gulf would have occurred around June 21.

Remember I said that as water vapor condenses it releases heat into the atmosphere? Think about the movement of hurricanes. Over time they move away from tropical areas into the middle latitudes.

All that condensation in the hurricane takes that heat from warm tropical air and releases it many hundred or a thousand miles away from where it was picked up. This helps even out the temperature difference between the Equator and the poles.

As we look down the road, it’s not completely clear what the trend will be. As ocean temperatures warm, it will probably mean the potential for a greater number of strong hurricanes, but the overall numbers of hurricanes may not increase. Not a great scenario, so preparation will be important.