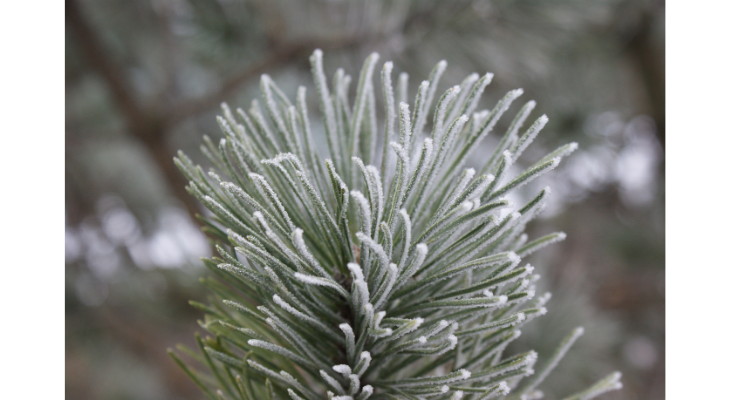 Deicing salts are essential to winter travel in Illinois and provide necessary safety in a landscape setting by melting dangerous ice on precarious steps, sidewalks, entryways, and other areas of frequent foot traffic. However, winter damage from salt can be a major problem in some landscapes by negatively impacting plant health or sometimes outright killing plants from overexposure.

Rock salt for snow and ice

Rock salt, or sodium chloride, is the most commonly used deicing agent. It is relatively inexpensive, very effective, and widely available.

Nevertheless, there are certainly some drawbacks

Salt and the environment

Salts typically move in the environment either as runoff in meltwater or as aerosol sprays dispersed by fast-moving vehicles and wind. The greatest plant damage from salt usually occurs around major roadways as a result of spray accumulation on plant parts.

Evergreen foliage is most at risk of damage from wafting sprays, which can sometimes move as far as several hundred feet from highways and other high-speed thoroughfares. However, spray damage can occur along smaller roads and pathways, even sidewalks, as some of the smaller snow removal equipment also mobilized salt spray.

Plants showing damage from salt spray are often easily identified since the drifting mist typically contacts the road ward side of plants much more significantly. Oftentimes, the suspended spray only can only reach a specific height on affected plants, creating a distinct line where damaged foliage ends.

Salt in the soil

A less common, but often more serious plant ailment can occur if salt-laden meltwater infiltrates the soil profile.  In these cases, soil very near a source of salt, such heavily treated sidewalk or similar surface, accumulates sodium.  The impact is often very concentrated as meltwater tends to have well-defined drainage ways.

As sodium accumulates in the soil profile, it can have dramatic effects on soil properties over time. From raising pH to the destruction of soil structure that ultimately results in additional soil compaction, this damage is often more serious due to wide-ranging effects on plants and because it is very difficult, or sometimes impossible, to remediate.  It can create soil conditions unsuitable for root growth, but can also be detrimental to beneficial soil biota, such as mycorrhizae.  In addition, salts in soils actually absorb soil water that would otherwise be plant-available.

How to limit salt's impact on plants

Since salt application is often essential for safety in the built environment, what are some ways we can limit the impact to plants?

A good strategy is simply moderation of salt use. I am always very quick to shovel newly fallen snow as removal is much easier when it’s light and fluffy, as opposed to after the kids have tromped it into the sidewalk.

So, apply a small amount and wait. You may be surprised how little can accomplish the goal.

Pre-application with a liquid form of deicer is considerably more efficient.

Municipal use: Many states are reporting dramatic decreases in road salt use as highway departments turn to liquid application and pre-treatment.

Homeowner use: Some hot water and a small pressurized sprayer can be used to dissolve the salt and very efficiently apply it. The direction and rate of application can sometimes help to limit plant exposure if strategically applied.

Be aware that salt is very corrosive to sprayer parts, so don’t use your favorite sprayer for this task. Some careful cleaning and rinsing after use can really help. Or, consider buying a cheaper, smaller sprayer to dedicate for salt application. It requires much less precision than the application of pesticides and often very little liquid to effectively deice most areas.

Look for alternatives to the traditional rock salt as there are products available (although more difficult to find) that have much less impact on plants and soil.

Photo caption: The frosty accumulation of ice crystals on these spruce needles resulted from the wafting spray of an adjacent (untreated) roadway and serves to illustrate how salt spray can accumulate on plant parts.