Why garlic mustard succeeds when other plants fail 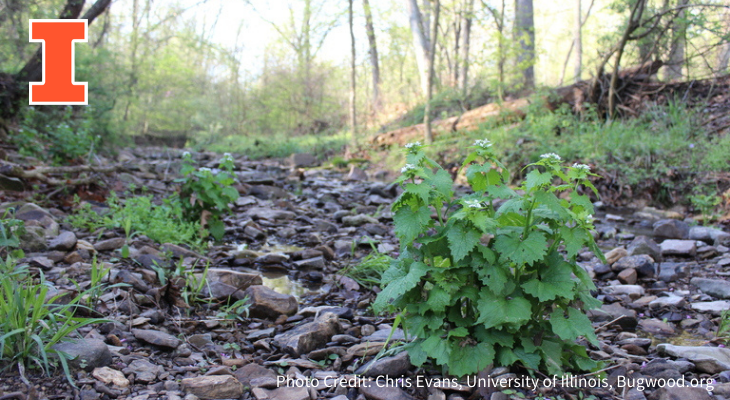 Garlic mustard, just two little words can bring a groan from naturalists across the Eastern United States. But garlic mustard, Alliaria petiolata, also known as Poor Man’s Mustard, Hedge Garlic, Garlic Root and Jack-by-the-Hedge didn’t start out in this country as a menace.

Early European settlers brought this plant with them for food and medicinal purposes. In case you were wondering, garlic mustard pesto is delicious. If you are feeling adventurous, note that garlic mustard recipes are best made with first-year growth plants that are still tender. Second-year growth tends to be a bit “woody”.

Due to its success in propagation, garlic mustard is now viewed as an invasive species. This biennial thrives in North America because it has multiple advantages.

So how do you get rid of garlic mustard?

We all know several ways to get rid of an unwanted plant, including mowing, pulling by hand or applying a chemical like glyphosate. But It is important to know that the glucosinolates produced by the plant can still leech into the ground even after it has been pulled or mowed and garlic mustard can still set seeds even if after it has been uprooted if left at the site.

The best way to eradicate small garlic mustard infestations is pulling it by hand and removing it from the scene. Quick note: don’t put it in your compost pile, it can still spread seeds.

For larger patches, refer to this Extension guide - Management of Invasive Plants and Pests of Illinois.

Explore more garlic mustard resources to get help with identification and control on the Invasive Species website.

Want to get notified when new Naturalist News posts are available? Sign up here!

ABOUT THE AUTHOR
Wendy Ferguson coordinates the Master Gardener and Master Naturalist programs in Henderson, Knox, McDonough and Warren Counties. Wendy earned a BS in Environmental Studies from Eureka College and a MS in Environmental Studies with an emphasis on writing and communication from Green Mountain College. She is interested in facilitating a deeper connection to place for community members through nature journaling and education. She is also an author for the Naturalist Notebook blog.

ABOUT THE BLOG
Naturalist News is a blog by University of Illinois Extension Master Naturalist staff and volunteers who bring you stories highlighting the individuals, places, wildlife and plants that make this state amazing. Join us each week to learn something new, be inspired and become connected to your own community by recognizing the amazing ways we are all intertwined.