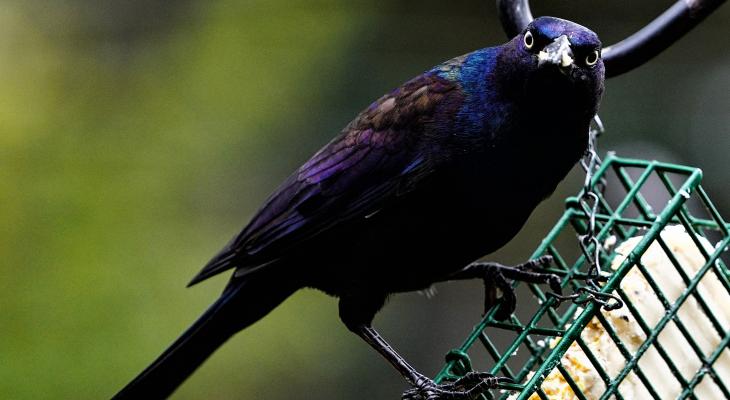 The email came in sometime in May of this year. A colleague in Northern Illinois contacted me with a wild bird concern. A woman had found a dead bird in her yard for a second day in a row and was wondering if something was wrong that she had not heard about.

I gave the standard answer:

If an animal who tends to flock, herd, group, or roost together is sick there is the potential for more to fall ill as well. If a species tends to be anything but solitary, an illness has the chance to spread.

A seasoned kindergarten teacher could tell you the same thing. I suggest to the woman, if she is feeding or putting water out for the birds she should quit until the illness passes. We remove food and water where animals gather so the potential for spreading disease is reduced. Similar, to our own familiarity with closed restaurants in the recent past.

I didn’t blow off the concern, but there is no way for anyone to identify the exact cause of death from a random situation and distance, especially with birds. I don’t mean to sound smug; it is just difficult when the chance of an exact answer is at best iffy. I noted that she described the bird as acting odd and it had swollen eyes. Of course, any bird who can’t see well moves differently, but she described more of a neurological symptom. Now my interest was piqued, but I left it at that knowing I was only able to suggest a way to slow the spread of whatever was striking down her feathered friends.

When I was a kid, I found a female English house sparrow in our backyard who was unsteady. I was able to walk right up to her and pick her up. She was clearly frightened but could not do anything about her fear because her legs were stiff and her toes curled tight. Even at a young age, I loved the chance to save an animal, and if it didn’t work out well I held a proper funeral in the alley behind the garage. My little cemetery had a line of small makeshift crosses for everything from birds to squirrels.

I showed the bird to my dad and he said it had Newcastle disease and there was nothing he could do to help it. This was the man I believed could heal any wound due to his time on the ground in WWII, and all the scars I had that should have had stitches but were simply taped shut. To this day I remembered the name of that disease because it was so bad it could not be fixed.

What is avian conjunctivitis?

Many a birder or naturalist know about avian conjunctivitis, the disease that causes the songbird eyes to swell shut and eventually leads to death by starvation, pecked by a fellow bird, or if lucky the quick death by predator. I started wondering if the two diseases, Newcastle and avian conjunctivitis, had somehow converged on the songbirds in order to quicken the balance of species. You see, when a species' life range is met and the population is not controlled due to an imbalance, say for instance a guaranteed food source, at some point mother nature is going to have to force the balance back in order, and often time this is with disease or illness. When there is a consistent imbalance of a high number of species it can throw off the overall balance of an ecosystem, biome, or even the planet.

Recently, I received the following information from the Illinois Department of Natural Resources:

As you know, in late May, wildlife managers in Washington, D.C., Maryland, Virginia, West Virginia, and Kentucky began receiving reports of sick and dying birds with eye swelling and crusty discharge, as well as neurological signs. More recently, additional reports have been received from Delaware, New Jersey, Pennsylvania, Ohio, and Indiana.

While the majority of affected birds are reported to be fledgling common grackles, blue jays, European starlings, and American robins, other species of songbirds have been reported as well. No definitive cause(s) of illness or death have been determined at this time.

I believe there is potential for this disease to be here in Illinois and not just due to my emails, because we are very aware how easily these viruses can spread. If you are going to feed and water the birds this winter, please strongly consider following the below guidelines from the IDNR so we as humans don’t increase the chance of losing more songbirds. It’s always a good idea to ensure bird feeders and baths are clean and maintained to help keep bird populations healthy.

If you encounter a dead bird

ABOUT THE BLOG: Naturalist News is a blog by University of Illinois Extension Master Naturalist staff and volunteers who bring you stories highlighting the individuals, places, wildlife and plants that make this state amazing. Join us each week to learn something new, be inspired and become connected to your own community by recognizing the amazing ways we are all intertwined. Want to get notified when new Naturalist News posts are available? SUBSCRIBE HERE.