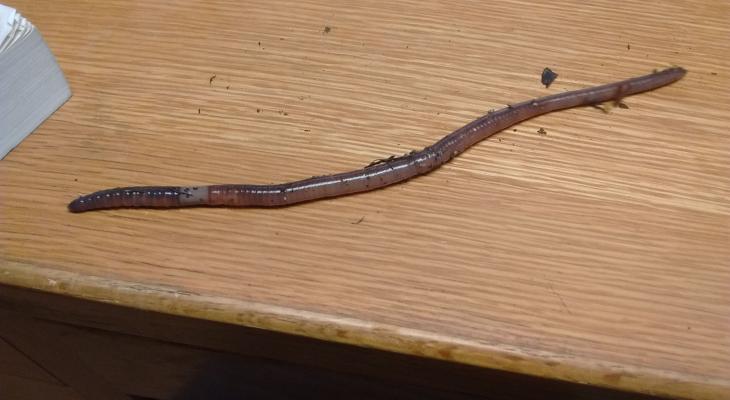 Dividing perennials has been, and always will be, a good gardening practice. However, with invasive jumping worms now confirmed in more parts of Illinois, sharing those perennials with neighbors or donating them to plant sales may not be the best thing to do.

Jumping worms made their appearance in Illinois in 2015 – two years after Wisconsin confirmed them –and since then, they seem to have steadily spread. While the focus often has been their impact on the fragile soil profile in our forests, gardeners also want to know what the invasive pest means for yards and gardens.

Locally, Kendall and Will are the most recently confirmed counties (see latest map). Cook, Kane, and DuPage counties have been included in the list for some time already. It should be noted that while more than 20 counties have been confirmed, these worms are not found everywhere in each of those counties. Additionally, other counties may have them, but they may not yet have been found or reported.

Currently, management of jumping worms is limited to finding and removing adult worms, which are most likely to be seen mid-summer through the first freeze in northern Illinois. While they spread somewhat slowly on their own, they can be aided by humans. How? They leave behind extremely small, hard-to-see cocoon-like structures containing eggs that will overwinter and generate next season’s population. Adult jumping worms produce eggs throughout the summer. We may unknowingly move them on our shoes or equipment, or when sharing plants or non-heat-treated soil, mulch, or compost.

Eggs in our area will begin to hatch sometime in May, and about 60 days later you should be able to spot the worms easily. There is a direct reduction in future populations based on the number of adults we remove, and the sooner, the better. (Learn how to find, identify and report jumping worms here.) We do know adult worms are sensitive to a change in environment, and once removed from the soil, compost pile, or heavily decomposed mulch, do not last but minutes. We also know that gardeners who are able to properly “hot compost” can destroy eggs, as they perish at about 103 degrees Fahrenheit (hot composting reaches soil temperatures well above that).

So back to doing our seasonal garden tasks, like dividing and transplanting perennials. Gardeners can take some precautions to slow the spread of jumping worms:

If you have jumping worms, gardeners should remove soil and wash plant roots before transplanting to another part of the yard to prevent spreading them. (And do not share your plants with others.) Populations can compromise soil health and therefore plant health, so maintain proper organic matter by fertilizing and mulching the area. Keep an eye out, but do not fear. You can continue to grow and enjoy the many wonderful blooms and harvests throughout the season.

Jumping worms are yet another invasive species to add to the list in Illinois. It goes back a long way, and includes some notorious pests – such as the European Elm Bark Beetle that spread Dutch Elm Disease and wiped out the American Elm, the Asian longhorned beetle, and the Emerald Ash Borer, which devastated our ash tree populations. We also have invasive aquatic plants, fish, and mussels (such as Asian carp and the zebra mussel); plants like garlic mustard, honeysuckle, and buckthorn; and many other diseases and insects.

Want to know more about jumping worms? Check out the 2021 Extension webinar recording on YouTube.