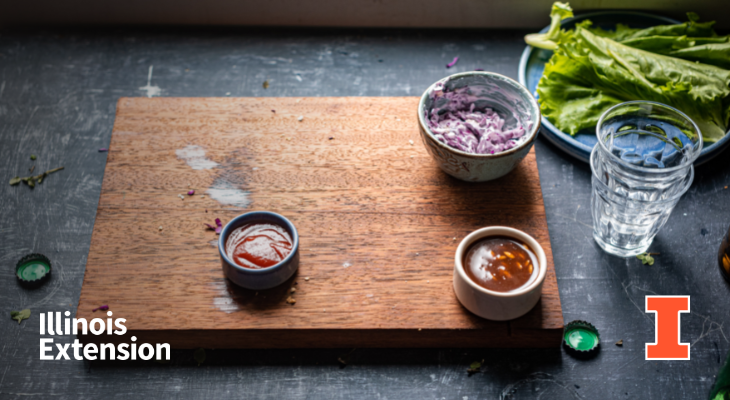 Barbecue sauce is a classic condiment for summertime grilling. If you’re asking others for the best barbecue sauce recipe, the answers will likely differ depending on what part of the U.S. they’re from. There are different styles of barbecue sauce, often associated with different regions, but most fall into either a tomato, vinegar, or mustard base.

Tomato base barbecue sauces generally use tomatoes, tomato sauce or ketchup. Surprisingly, the first barbecue sauces recorded in America didn’t contain tomatoes at all; originating in the Carolinas, barbecue sauce was primarily peppers, butter and vinegar. However, tomatoes were added years later and became the popular sauce we all know and love on the market shelves today. Kansas City usually adds molasses for a sweet barbecue sauce, while Texas likes it a little spicier and bastes the meat with a miniature mop. There’s a lot of regional variation in the Carolinas, but typically South Carolina uses a lot of mustard and thins it with a bit of vinegar, while North Carolina relies much more heavily on vinegar with some areas combining it with tomato paste or ketchup for a sweeter taste.

Making homemade barbecue sauce can be quite simple and allows for the control of ingredients. The healthiest sauces will limit the amount of sugar and salt. Store your homemade barbecue sauce in an airtight container in the refrigerator for up to a week or freeze. Do not attempt to can a barbecue sauce recipe that isn’t a lab tested recipe from a reliable source (National Center for Home Food Preservation). There needs to be a correct portion of acid to vegetables to prevent the growth of the deadly bacterium, botulism. So which type of barbecue sauce is your favorite?

Combine all ingredients in a small saucepan and cook on medium heat until it starts to boil, then reduce heat to low and allow to simmer 5 to 10 minutes, stirring occasionally. Enjoy immediately, store in an airtight container in the refrigerator for 1 week or freeze for up to 6 months.

Yield: 1 cup or 8 servings 2 Tablespoons each

PHOTO CREDIT: Photo by Anshu A on Unsplash