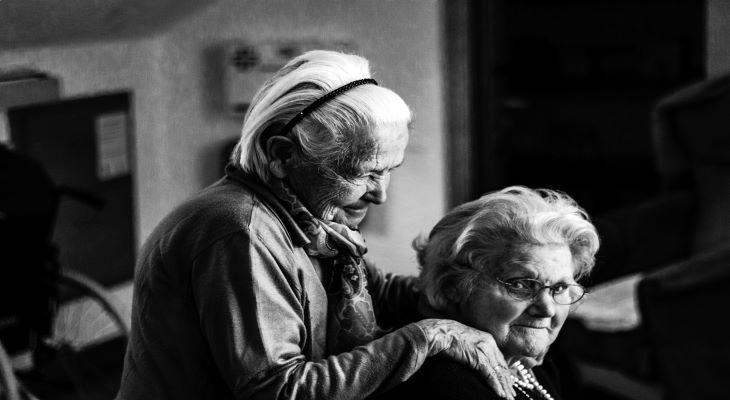 I recently found this article on the National Institute on Aging website that reinforces a topic of my programming lately – that socialization or social engagement is beneficial for brain health and longevity. I have been focusing on the effects practiced in later life but this article expands that to midlife, so I would like to share it with all of you:

Frequent social contact—regularly seeing friends and family—during midlife was associated with a lower likelihood of dementia diagnosis in later life, according to a recent study in PLOS Medicine. Being socially engaged may require greater activity in areas of the brain that contribute to language and memory, which in turn may account for better cognitive health, the authors noted.

Researchers at the University College London and INSERM in Paris analyzed data collected during the NIA-supported Whitehall II study from more than 10,000 British civil servants. Data were collected over 28 years, starting when the participants were middle aged. The participants responded to periodic questionnaires about social contact frequency and took tests of verbal memory, verbal fluency and reasoning. The researchers also obtained dementia diagnoses from the participants’ electronic health records.

More frequent midlife social contact with friends, rather than relatives, was also linked with increased levels of cognitive performance. The researchers commented that the association between social contact frequency, reduced dementia risk and better cognitive performance may be a result of social contact improving cognitive reserve and thereby reducing dementia risk. Cognitive reserve may explain how some older adults can retain relatively normal thinking and memory abilities despite the presence of age-related brain changes.

Prior studies showed that people who have infrequent social connections may have a higher risk of dementia, but most of these studies were smaller in size and shorter in duration. In contrast, Whitehall II is one of the largest studies with the longest follow-up on the effects of social contact on dementia. Nevertheless, it is important to replicate these findings with other studies, especially in people who more closely reflect the diversity of the U.S. population.

So the moral of the story is to stay connected with others! That can look many different ways including: participation in social groups, organizations or clubs; volunteering by helping others; spending one-on-one time with friends, visiting with your neighbors; video chatting with grandchildren or others who live far away; or, having a furry friend or two! Just making sure that you are not isolated, but interacting with others in a positive way is the key to a healthier life.