Use leeks in your autumn meals 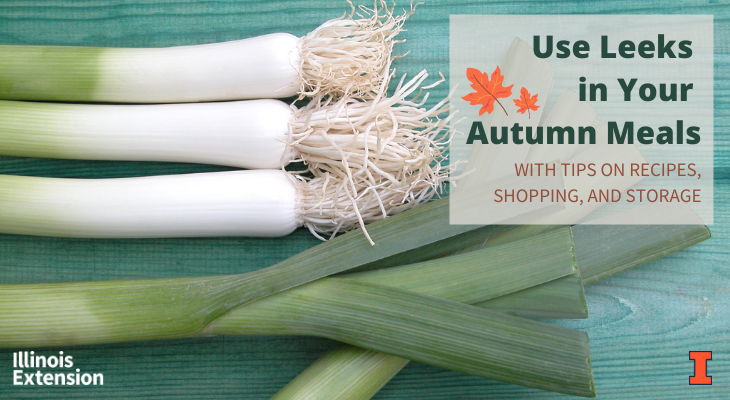 Leeks aren't an ingredient I use much at all myself, probably because I don't see them in my rural grocery store. When I shop bigger stores or farmers markets where leeks might be available, I'll keep an eye out. Particularly in autumn because leeks pair so well with many fall-inspired recipes.

Leeks are a member of the allium family. Instead of forming a large, round bulb like an onion, leeks develop a long stem with thick green leaves and a tender, edible stalk.

Nutritionally, 1 cup of leek contains around 55 calories, 13g carbohydrate, 2g fiber, and is a source of vitamins and minerals, including vitamins A and K, folate, and potassium. Like other vegetables, leeks are not a significant source of fat, protein, or sodium. 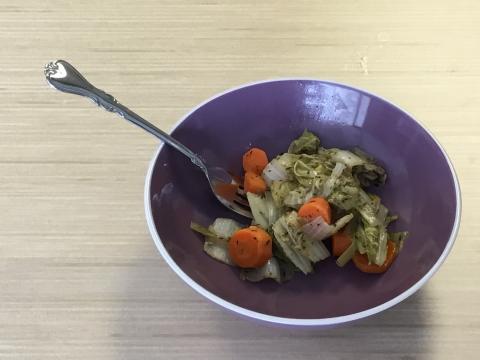 Healthy Eats and Repeat
How much difference is there between canned and frozen foods? How should you cook venison? When is the best time to buy avocados? Get answers to these questions as well as other tips, tutorials and recipes for common kitchen foods and items with University of Illinois Extension Nutrition & Wellness Educator Caitlin Mellendorf’s blog Healthy Eats and Repeat. Build your best life. Trust Extension to help.

Caitlin Mellendorf is an Illinois Extension Nutrition and Wellness Educator serving DeWitt, Macon and Piatt Counties in Central Illinois. She is a Registered Dietitian and her work focuses on helping community members gain the knowledge, skills and tools to live healthier, more nutritious lifestyles. This includes providing programs and answering questions about heart health, diabetes, food safety, food preservation, grocery shopping and cooking. You can reach Caitlin by email at chuth2@illinois.edu or call 217.877.6042. Check out her nutrition blog Healthy Eats and Repeats for seasonal recipes and of an exploration of common kitchen foods.