Nature’s balance can be helpful to gardeners 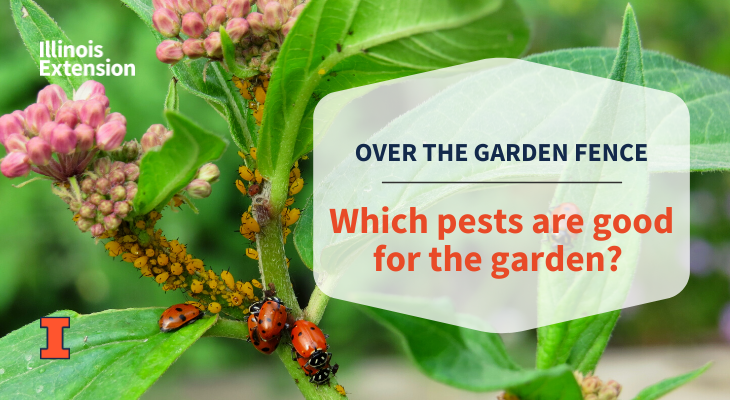 This time of year, garden insects are often a topic of questions or discussion. Plants and pests have grown up alongside each other, and now there may be a little too much feeding going on for your liking. It is also about now that the natural insect predators show up to take care of the damaging insects for you.

Gardeners tend to forget you need the bad pest present before the good pests will show up, so some feeding damage is going to happen. Another important point is some of our predatory – or beneficial – insects actually look “worse” or “scarier” than those doing the damage.

Part of allowing nature to balance things out is to recognize just how many kinds of predator insects can help us out in the garden. We commonly hear about the ladybug feasting on aphids or the white cocoons on tomato hornworm, yet there are so many more.

Besides the lady beetle mentioned, there can be several more beetles helping us out. For sure they are feeding as an adult, and some beetles have their young feeding too. Other common beetles are ground beetle, and flower and soldier beetles. Rounding out the beetles is the rove beetle.

Next up are some bugs that have some interesting names. Damsel bugs sound cute and nice compared to the assassin bug, yet both are insect predators. There also are the pirate bugs and one we all know (and perhaps to our dismay) is the stink bug.

Then we have the parasitic wasps, one of which causes the cocoons on the tomato hornworm. There are four more at least that help us out, attacking damaging insects above and below the ground (such as root maggots).

You may even have friends that are flies; one feeds on adult squash bugs, and another one of the tachinid flies goes after the corn earworm.

Let's switch gears to share even more ways nature helps us gardeners out. There are pathogens out there that can infect damaging insects and stop any reproduction, slow the growth (meaning less feeding on our veggies), shorten their life cycle, and out right kill them.

Pathogens are very host specific in most cases. Milky spore disease only attacks Japanese beetle grubs while leaving our native grubs alone. A well-known known example is a bacterium, commonly called Bt. There are specific strains that only go after targeted pests, such as Colorado potato beetle or the Elm leaf beetle. A couple more pathogens are nematodes – the good ones go after the bad ones – and viruses that go after loopers and other worms.

Integrated pest management sounds like something only a commercial grower deals with, yet home gardeners should incorporate these practices too:

When necessary, pesticide control is an option, but as absolutely the last thing to consider. Always read and follow label instructions.

So, the next time you are out in the garden working, remember you are not there alone. Many insects (and others) are assisting your efforts!