Enjoy the delectable taste of cinnamon 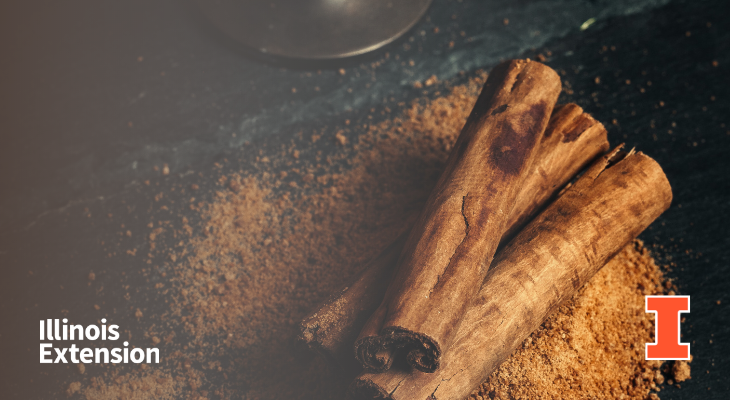 Cinnamon is my absolute favorite spice; it’s my go-to candle scent, my favorite flavor of gum, and it’s generally the largest spice container in my spice cabinet. Cinnamon comes from the inner bark of various species of Cinnamomum trees. Ceylon cinnamon is known as “true cinnamon” but the cinnamon that we buy at the grocery store is almost always Cassia cinnamon. The inner bark of the tree is dried until it curls up into rolls known as “quills,” which are sold as cinnamon sticks. It can also be ground into powder or made into an extract.

Cinnamon is popular in many breakfast sweets, such as French toast and cinnamon rolls. Of course, it’s also the key ingredient in many desserts, such as snickerdoodle cookies, apple pie and rice pudding. However, cinnamon may be used in many savory dishes too, like Moroccan stew or vegetable curry. Store cinnamon away from heat and sunlight for two to three years. Cinnamon is high in antioxidants, which protect the body from free radicals that can cause cancer and other health concerns. Some studies have shown that cinnamon may have anti-inflammatory properties, as well as blood sugar-lowering properties. However, it’s unclear as to the type of cinnamon that may be beneficial. Studies done do not support the use of cinnamon to treat any health problems. Simply enjoy the delectable taste of cinnamon in a variety of foods!

Wash hands with soap and water. Preheat oven to 375°F. Lightly grease a 13x9-inch baking dish with nonstick cooking spray. In a large bowl, whisk the eggs, milk, brown sugar, vanilla and cinnamon. Add bread cubes and stir until bread is fully coated. Spread into baking dish. In a small bowl, stir brown sugar, cinnamon and salt for the topping. Sprinkle over the bread mixture. Dot with diced margarine. Bake for 25-30 minutes until slightly browned and internal temperature reads at least 160°F with a food thermometer. May serve topped with powdered sugar, berries, syrup or yogurt.