Unplug and re-engage in life 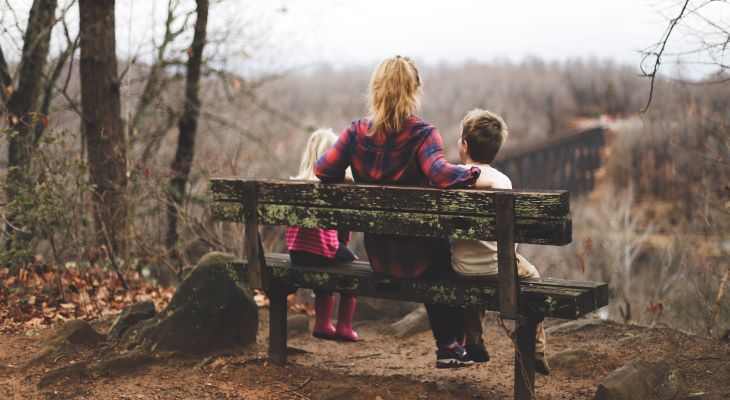 Since summer is almost here, I thought it would be a good idea to re-post this article about unplugging from our devices and enjoying our surroundings - especially our children! This is especially important lately with the shelter-at-home guidelines, which has created more screen time for many of us by working, homeschooling and socializing virtually.

Everywhere around us, we see people constantly checking their smartphones. You might wonder "what could be so important that would have people tied so closely to those little devices?" Are they checking texts from friends? Snapchat or Instagram updates? Work e-mails? I have become accustomed to seeing individuals hunched over their phones during breaks at meetings, waiting in lines, eating in restaurants, and unfortunately, while driving (when walking one evening, I was almost hit by someone doing this!) On one vacation, I really started to notice how widespread and possibly toxic this issue had become. On a beautiful remote island, I observed groups of mostly young adults, sitting together, but completely engaged in their phones. They did not speak to each other and were oblivious to the wonderful sights and experiences around them. I wondered “are their virtual lives better than their real lives?”

So - is this an unhealthy habit? That would depend on if it's disrupting your work or personal life. According to Pew Research Center, the vast majority of Americans – 96% – now own a cellphone of some kind with 81% owning smartphones. Overall, 81% of Americans say they go online on a daily basis and almost half of 18- to 29-year-olds (48%) say they go online almost constantly. Pew Research Center also revealed that nine out of ten cellphone-using teens say their phone is a way to just pass the time and 43% of teen cellphone users say they often or sometimes use their phone to avoid interacting with people.  However, they also found that 84% of teen cellphone users say they use their phone to connect with other people and 83% use it to learn new things.

It is very common to see people checking their phones while at a game, eating, doing housework, watching a movie, listening to a lecture, etc. You will hear people profess to be excellent multitaskers who can carry on many activities at one time, but researchers disagree. There is increasing scientific evidence that multitasking leads to lower overall productivity and more mistakes. You may be able to do many things at once – but none of them very well. When trying to switch your focus from one thing to the next, there are "switch costs" or periods of time that the brain needs to adjust and get back to where it was before the distraction. This prevents us from thinking very deeply and solving complex problems. One study in particular found that multitasking with technology (watching TV, checking e-mail, texting, etc.) decreased grey matter in the area of the brain called the anterior cingulate cortex, which is responsible for decision-making and emotional regulation. Those same structural changes are also associated with issues like obsessive-compulsive disorder, depression and anxiety.

Maybe some people want to scale back, but they just don't know how. Here are some tips for unplugging from smartphones and other devices and being more mindful and in the moment:

1) Set aside times of the day (and night) that you will put away your phone. This could be during meals, walks, and yes, bathroom breaks. For families, set up no phone zones in your home and have agreed upon rules and expectations regarding smartphones and other devices.

2) Turn off your app notifications – especially for social media. This includes audio also. It will help you resist the temptation to just quickly check, and then be hooked for a lot longer.

3) Keep the phone out of the bedroom. We need quality, uninterrupted sleep to be fully functional during the day. Use an alarm clock – they still exist.

4) Get out and enjoy nature. Don't ignore those palm trees or whatever happens to be growing around you.

5) Practice mindfulness meditation. It has been found to help increase focus and attention, combat multitasking and improve emotional regulation.

So unplug and enjoy life!